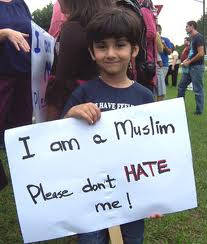 Muslim witnesses have testified that a Dutch MP's anti-Islamic comments had led to attacks and intimidation, and they pleaded with judges to convict him and give him a symbolic fine of €1.

Geert Wilders is facing charges of inciting hatred and discrimination against Muslims for statements that include comparing Islam with Nazism and calling for a ban of the Koran and a tax on Muslim scarves, which he calls "head rags". His trial has been seen as testing the limits of free speech.

Prosecutors last week acknowledged they have failed to prove the case against him and called for his acquittal. The judges' verdict is expected on 5 November.

"Arson. Attempted arson. Vandalism. Disturbances. Incivility to people attending mosques. Obscenities. Intimidating behaviour – they have all become everyday occurrences" as a result of Mr Wilders' public remarks, said Mohammed Enait, speaking for an alliance of Dutch mosques that had asked to testify as victims in the case.

Mr Wilders denies inciting hatred of Muslims, claiming he criticises Islam as an ideology that rejects Western values. He argues it is not a crime to state what many Dutch voters believe.

Mr Enait said Dutch Muslims have suffered tangible damage as a result of Mr Wilders' repeated negative remarks about Islam. He said there are countless incidences of "children being cursed at while they walk. Stories from women ... who are spit upon, mocked because they wear headscarves".

Mr Enait, from Rotterdam, said the mosque he attended as a child had been burned down. Dozens of mosques in the Netherlands were burned in 2004 in apparent retaliatory attacks after the killing of filmmaker Theo van Gogh by an Islamic radical who is now serving a life sentence.