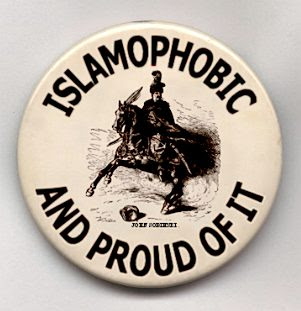 Two Seattle Muslim women said they were simply trying to fill up at a gas station in Tukwila on Saturday when another woman started yelling slurs, kicked one woman and slammed a car door on her leg, and then pushed the other.

"I'm terrified, I'm crying," said Imaan, one of the two Muslim women, recounting the incident during a news conference Thursday. "Never in my life have I experienced this kind of hatred and physical assault."

Imaan, 23, and her aunt, Maryan, 34, both American citizens of Somali descent, asked to be identified by their first names only, for fear of reprisal.

They said they were trying to get gas shortly before 6 p.m. at an ARCO AM/PM gas station and minimart on Tukwila International Boulevard. The pump didn't appear to be working.

A woman who was watching started calling them "suicide bomber," asking if they were going to bomb this country, and telling them to "go back to your country," Imaan said.

King County prosecutors identified the woman as 37-year-old Jennifer Leigh Jennings, also known as Jennifer Leigh Adams, of Burien, and on Thursday charged her with two felony counts of malicious harassment under the state's hate-crime law.

Imaan said she went inside to talk to the clerk about the gas pump, and when she came back out, she saw Jennings slam a car door on her aunt's leg, pull off her aunt's headscarf and kick her.

Imaan told Jennings to leave them alone and Jennings pushed her so hard that she fell, she said.

Imaan said she was frantic, yelling for help from about a dozen or so bystanders who didn't do anything, she said.

A videotape of the incident was recorded by AM/PM, according to Tukwila police.

Imaan got through to Tukwila officers, who arrested Jennings at the gas station and booked her into King County Jail. Jennings was released on bail Monday.

On the way to the holding facility, Jennings, in the presence of police, used a racial slur to refer to the two Muslim women, according to charging papers. As she was being booked, Jennings remarked to one officer about another officer who had a dark complexion: "You're only doing this because he's the same race and religion as those two ladies," charging papers say.

Maryan, who came to the U.S. 16 years ago as a refugee and has lived in Seattle for 13 years, said she had never experienced anything similar here before.

Imaan, who was born and raised in San Jose and moved to Seattle three months ago for college studies, said that several weeks ago a woman in a parking lot of a Burien grocery yelled a derogatory remark at her and told her to "go back to your country."

The two spoke at a news conference organized by the Washington state chapter of the Council on American-Islamic Relations (CAIR).

Locally, about three anti-Muslim-related incidents in this state were reported to CAIR-WA last year, he said. This year, he's heard of two others: an August attack on a Queen Anne convenience-store clerk who turned out to be Sikh, not Muslim, and the stabbing of a woman in West Seattle, though that couldn't be definitively tied to a bias motive, Bukhari said.

"Our fear is there are many more happening and not being reported," he said.