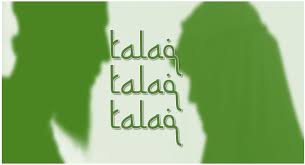 “I literally begged him,” she says. “I went down on my knees and said, if you want to have affairs, go, just don’t throw me out of the house. Where will I go with my child? I don’t have a steady job – what will I do?”
Because her husband chose an Islamic divorce, rather than one under India’s more progressive secular law, Arshiya was also denied the third of his salary she would be legally due in alimony.
The 45-year-old, now working up to 16 hours a day as a teacher in south-west Delhi, is trying to have her husband’s divorce overturned, and pursuing him for the meagre compensation Indian courts have carved out for triple talaq victims.
She doesn’t want to get back together. The legal action is about making a point. “I want justice,” she says. “The question now isn’t money. I was not his servant. I was not his slave, who he kept in the house for 12 years and then threw out.”