Fasting in the month of Shawwal 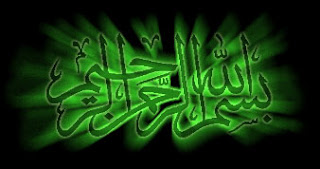 "Allah's Messenger, sallallaahu alaihi wa sallam, said: 'He who fasts Ramadhaan, and six of Shawwaal, it will be (in terms of rewards) as if the fasted a whole year'." [Reported by Muslim, at-Tirmidhee, Aboo Daawood, Ahmad, Ibn Maajah]

It is mustahabb (preferrable) to keep these fasts wherein great rewards can be earned. Adding the six days of fasting during Shawwal to the 30 days of the fasting of Ramadan, will earn a reward of a full years fasting Insha'Allah.

It is not required to fast six days continuously without any interruption. One can fast according to convenience any time during the month. These fasts may be kept consecutively or at intervals during the month of Shawwal, i.e. spread out over the month.

The reward is like the reward of a person who is fasting every day of his/her life. So this is an established sunnah, which carries a great reward insha'Allah.


Another of the important benefits of fasting six days of Shawwaal is that is makes up for any shortfall in a person's obligatory Ramadan fasts, because no one is free of shortcomings or sins that have a negative effect on his fasting. On the Day of Resurrection, some of his nawafil deeds will be taken to make up the shortcomings in his obligatory deeds, as the Prophet (peace and blessings of Allah be upon him) said:

“The first thing for which people will be brought to account on the Day of Resurrection will be their salaah (prayer). Our Lord, may He be glorified and exalted, will say to His angels – although He knows best – 'Look at the salaah of My slave, whether it is complete or incomplete.' If it is perfect, it will be recorded as perfect, and if something is lacking, He will say, 'Look and see whether My slave did any voluntary (nawafil) prayers.' If he did some voluntary prayers, Allah will say, 'Complete the obligatory actions of My slave from his voluntary actions.' Then all his actions will be dealt with in a similar manner." [Abu Dawood]
Posted by Zafar Khan at 10:00