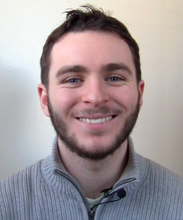 Peter Casey, or AbdulMalik as he is known online, often rides a skateboard to the mosque and rarely thinks twice about performing his prostrations at a Starbucks. Mr. Casey, a 23-year-old recent Queens College graduate, does not do it out of a rebellious impulse to defy Muslim orthodoxy. Rather, he says he seeks to “challenge stereotypes and misconceptions” others have about his faith.

As a convert to Islam with a suburban upbringing and a Judeo-Christian background, Mr. Casey is in a rare position to do so. His boyish looks, clear blue eyes and pale white skin allow him to evade easy categorization from non-Muslims.

Mr. Casey was raised in a Long Island suburb with a Jewish mother and Catholic father. Growing up, he grappled with a divisive figure in the family: Jesus. On the one hand, Christianity spoke of a divine being, Son of God and God Himself. On the other, Judaism spoke of Jesus as a false messiah — if it spoke of him at all.

“I felt there were two extremes, and I was happy with neither,” Mr. Casey said.

And then, on Sept. 11, 2001, his understanding began to change.Paradoxically, it was an act of unprecedented terror that put this 13-year-old suburbanite on another path to religious consciousness. With Islam at the forefront of public discourse, Mr. Casey began to look beyond the headlines and into the faith, “out of caution” at first, he remembers. Online, he discovered a faith that recognized Jesus as a prophet, a man who relayed the word of God. Nothing more, nothing less.

“I was looking for the religion of Jesus and his disciples,” said Casey said. “And when I started learning about Islam I was like: ‘This is it. This is that religion.’ ”

Two years later, at 15 years old, he converted to Islam. (His parents declined to comment for this story or the accompanying video.)

Since then, Mr. Casey, who recently began teaching history at an Islamic school in Brooklyn, has sought to reconcile his religious beliefs within an American context suspicious of Islam. His blog, ‘Dawah Addict,’ hosts self-made videos on topics ranging from “Muhammad in the Bible” to “How to Become a Muslim.”

Mr. Casey’s YouTube channel has more than 5,000 subscribers and close to half a million views. Although his audience keeps growing, he has also encountered some resistance, in the form of angry comments and rebuttals.

“I feel like I have responsibility to people in America,” he said, “because this is where I grew up and this is my home, and I want to share what makes me so happy and has brought me so much peace.”