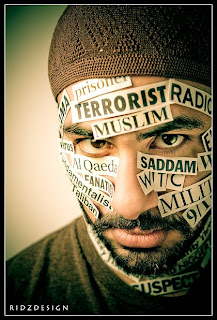 RACIST abuse was shouted at worshippers at a busy mosque.

Police were called to Eastern Avenue in Gants Hill after reports of a group of men causing damage to parked vehicles in the road.

As they reached the mosque they shouted racial abuse and threw bricks at the building, which broke glass in the front doors.

The incident occurred at around 7.45pm on Thursday (March 24), near the start of evening prayers.

A number of worshippers had already entered the mosque but there were still some people outside the building when the attack occurred.

One man suffered a minor head injury but did not need any medical treatment.

Six men were arrested by police and remain in custody at Ilford Police Station.

Chief Inspector Stan Greatrick, of Redbridge police, said: “We would appeal for anyone who was in the Eastern Avenue area and saw the group of males to contact us.

“We have spoken to a number of people in the area and continue to liaise closely with members of the Redbridge Mosque.

“We have already secured additional patrols for Eastern Avenue and we would like to reassure the local community, and those who worship at the Redbridge Mosque, that we are treating this case extremely seriously.”