Women in Saudi wants their husbands to say "I Love you" 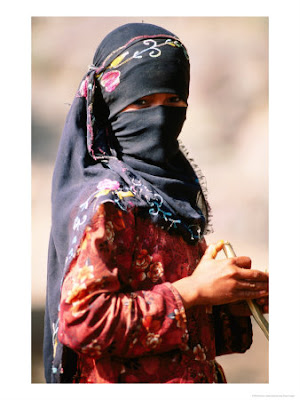 IF anecdotal evidence is to be believed, a large number of Saudi women are visiting psychologists’ clinics complaining of “a lack of love” on the part of their husbands. Their proof?

Their husbands have never said “I love you” to them.

Apparently, a lot of Saudi women think only Saudi men don’t express their affection verbally, but this is a ‘problem’ that afflicts marital relationships across the world.

“I feel Saudi husbands are either not aware of their wives’ emotions and feelings or they simply don’t care. They are only interested in taking their marital rights,”

I have heard similar things from other women who complain that their husbands dont show enough affection. Let me quote some hadiths for those men who are either ashamed or scared to express their love for their wives.

Imam al-Daylami (Allah have mercy on him) records a narration on the authority of Anas ibn Malik (Allah be pleased with him) that the Messenger of Allah (Allah bless him & give him peace) is reported to have said: “One of you should not fulfil one’s (sexual) need from one’s wife like an animal, rather there should be between them foreplay of kissing and words.” (Musnad al-Firdaws Of al-Daylami, 2/55)

Sayyida A’isha (Allah be pleased with her) narrates that the Messenger of Allah (Allah bless him & give him peace) would kiss her whilst he was fasting and he would suck her tongue.” (Sunan Abu Dawud, no. 2378)

Once the prophet (salla Allahu 'alaihi wa sallam) was sitting in a room with Aisha and fixing his shoes. It was very warm, and Aisha looked to his blessed forehead and noticed that there were beads of sweat on it. She became overwhelmed by the majesty of that sight was staring at him long enough for him to notice. He said, "What's the matter?" She replied, "If Abu Bukair Al-Huthali, the poet, saw you, he would know that his poem was written for you." The Prophet (sallaAllahu 'alaihi wa sallam) asked, "What did he say?" She replied, "Abu Bukair said that if you looked to the majesty of the moon, it twinkles and lights up the world for everybody to see." So the Prophet (salla Allahu 'alaihi wa sallam) got up, walked to Aisha, kissed her between the eyes, and said, "Wallahi ya Aisha, you are like that to me and more."
Posted by Zafar Khan at 11:51