Caution: Offer of supplication may offend others 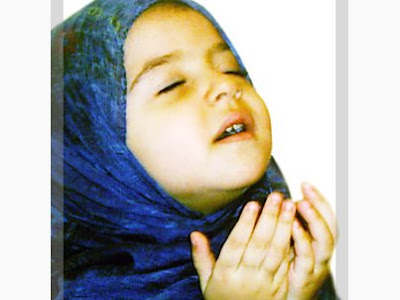 A nurse was suspended after offering to pray for the recovery of an elderly patient, it emerged yesterday. Caroline Petrie, 45, was accused of failing to show a commitment to equality and diversity after the incident and is awaiting the outcome of a disciplinary hearing.

The community nurse, who lives in Weston-super-Mare and carries out home visits, has been suspended by North Somerset primary care trust and could lose her job. Petrie, a Baptist who has two children, said she had not forced her beliefs on anyone, but had simply asked if the woman would like a prayer said for her.


In our western society, there are many people who are atheists and agnostics and will be offended if people try to tell them anything about religion. Hence this news does not come as a surprise to me.

Muslims believe in Supplications (or Dua's) and consider them very powerful. There is a nice little book titled 'Fortress of the Muslim' that can help a believer with nearly everything.

Once Prophet Muhammad (PBUH) passed by a people who were suffering from some affliction. "Why don't they make dua (pray ) to Allah for protection," he said.

Abu Hurairah (May Allah be pleased with him) reported: The Messenger of Allah (PBUH), "The supplication of every one of you will be granted if he does not get impatient and say (for example): `I supplicated my Rubb but my prayer has not been granted'.'' - [Al-Bukhari and Muslim].

`Ubadah bin As-Samit (May Allah be pleased with him) said: The Messenger of Allah (PBUH) said, "Whenever a Muslim supplicates Allah, He accepts his supplication or averts any similar kind of trouble from him until he prays for something sinful or something that may break the ties of kinship.'' Upon this someone of the Companions said: "Then we shall supplicate plenty.'' The Messenger of Allah (PBUH) said, "Allah is more plentiful (in responding).'' [At-Tirmidhi].

The Prophet Muhammad (PBUH) said: "Whosoever desires that Allah answers his duas in unfavorable and difficult conditions, he should make plentiful dua in days of ease and comfort." Also he said: "The person who does not ask from Allah, Allah becomes angry with him."

Abu Hurairah (May Allah be pleased with him) reported: The Messenger of Allah (PBUH) said, "A slave becomes nearest to his Rubb when he is in prostration. So increase supplications in prostrations.'' - [Muslim].

We should make dua not only for ourselves but also for our parents, brothers and sisters, spouses and children, relatives and friends, teachers and other benefactors, and destitute and struggling Muslims everywhere. We should pray for them for the good in this world as well as in the Hereafter. The Prophet (PBUH) said: "The dua of a Muslim for his brother (in Islam) in his absence is readily accepted. An angel is appointed to his side. Whenever he makes a beneficial dua for his brother the appointed angel says, 'Aameen. And may you also be blessed with the same.'" [Sahih Muslim]
Posted by Zafar Khan at 10:43