A marriage is for life; not just for fun 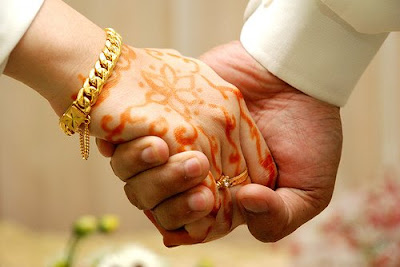 Read this in the papers:


Rich men are rushing to get divorced as the worsening economic situation forces them to reassess their married lives, leading divorce lawyers and marriage therapists say.


Unprecedented numbers of men who have either been made redundant, or fear their jobs may go, are suddenly splitting from their partners because they know they will likely be asked to pay out smaller settlements if they are no longer earning big money.


Others going through marriage breakdowns are being forced to continue living with their estranged partners as the property market crash means they cannot sell their houses. Some women are even trying to make sure they divorce their partners before the credit crunch bites to save their homes from the debt collectors.


There are many reasons and credit crunch is one of them for seeking divorce but for Muslims they have to remember the words of prophet Muhammad (pbuh). The Prophet (peace and blessings be upon him) said: "Among lawful things, divorce is most hated by Allah." (Reported by Abu Dawud)

Sheik Yusuf Al-Qaradawi in his well-known book, The Lawful and the Prohibited in Islam states:

"A husband must be patient with his wife if he sees something in her that he disapproves and dislikes. He should recognize that he is dealing with a human being with natural imperfections, and he should balance her good qualities with her failings. The Prophet (peace and blessings be upon him) said: “Let a believing man not dislike a believing woman. If something in her is displeasing to him, another trait may be pleasing.”

And Allah Almighty says, "...And consort with them in kindness, for if you dislike them, it may be that you dislike something in which Allah has placed much good." (An-Nisa': 19)

While on the one hand, Islam requires the husband to be tolerant and patient with what he dislikes in his wife, on the other hand, it commands the wife to try to please her husband as far as her ability and charm allows, and warns her not to let a night pass during which her husband remains angry with her. A hadith states: "There are three (persons) whose prayer does not rise even a single span above their heads: a man leading a congregational prayer while the people hate him, a woman passing the night while her husband is angry with her, and two quarreling brothers." (Reported by Ibn Majah and by Ibn Hibban in his Sahih)

Because of his natural ability and his responsibility for providing for his family, the man is the head of the house and of the family. He is entitled to the obedience and cooperation of his wife, and accordingly it is not permissible for her to rebel against his authority, causing disruption. Without a captain the ship of the household will flounder and sink. If the husband senses that feelings of disobedience and rebelliousness are rising against him in his wife, he should try his best to rectify her attitude by kind words, gentle persuasion, and reasoning with her. If this is not helpful, he should sleep apart from her, trying to awaken her agreeable feminine nature so that serenity may be restored and she may respond to him in a harmonious fashion. If this approach fails, it is permissible for him to admonish her lightly with his hands, avoiding her face and other sensitive areas. In no case should he resort to using a stick or any other instrument which might cause pain and injury. Rather this should be of the kind which the Prophet (peace and blessings be upon him) once when angry with his servant, said to him: “If it were not for the fear of retaliation on the Day of Resurrection, I would have hit you with this miswak (tooth-cleaning stick).” (Reported by Ibn Sa`d in his Tabaqat)

It was reported to the Prophet (peace and blessings be upon him) that some of his Companions beat their wives, whereupon he said, "Certainly those are not the best among you." (Reported by Ahmad, Abu Dawud and an-Nasa'i and classified by Ibn Hibban and al-Hakim as authentic)

If all of these approaches fail, and the rift between the husband and wife deepens, the matter then devolves on the Islamic society for solution. Two individuals of good will and sound judgment, one from the wife's and one from the husband's side, should meet with the couple in order to try to resolve their differences. Perhaps the sincerity of their efforts may bear fruit and Allah may bring about reconciliation between the spouses.

These various approaches are stated by Allah in the following verses: "...And as for those women on whose part you fear stubbornness, (first) admonish them; then refuse to share their beds; and (finally) beat them (lightly). Then if they return to obedience, seek not against them Means (of annoyance); indeed, Allah is Most High, Great. And if you fear breach between the two of them, appoint an arbiter from his family and an arbiter from her family. If they desire to set things aright, Allah will bring about reconciliation between them; indeed, Allah is Knowing, Aware." (An-Nisa': 34-35)

If all these efforts fail and every course tried proves to be of no avail, the husband may resort to the final solution permitted by the Shari`ah of Islam. In response to the bitter realities of life, when difficulties cannot be resolved except through the separation of the two parties in an honorable fashion, Islam has made the provision of divorce. Islam has permitted divorce reluctantly, neither liking nor commending it. The Prophet (peace and blessings be upon him) said, "Among lawful things, divorce is most hated by Allah." (Reported by Abu Dawud)

That a thing is lawful yet detested by Allah means that it is permissible under unavoidable circumstances, when living together becomes torture, mutual hatred is deep-seated, and it becomes difficult for the two parties to observe the limits of Allah and to fulfill their marital responsibilities. In such a situation separation is better, and Allah Almighty says, “But if they separate, Allah will provide for each of them out of His abundance...” (An-Nisa': 130)"
Posted by Zafar Khan at 12:51