The grandfather of the European Enlightenment was Muslim 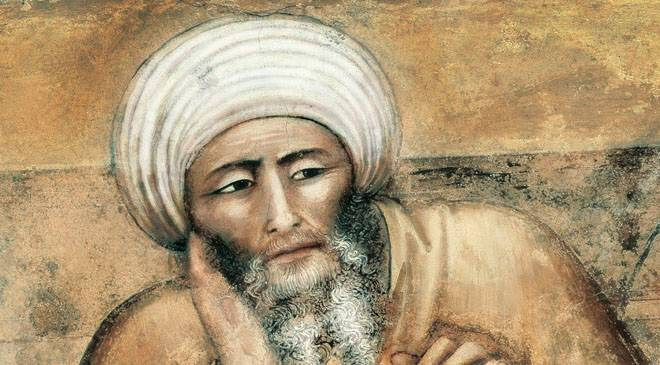 What is the Muslim philosopher Averroes doing in the famous fresco “The School of Athens” of the Italian Renaissance painter Raphael? The painter brought together all thinkers and scientists that influenced the West. So, it’s no surprise that Plato and Aristotle are in the centre of this 16th century painting. More surprising is that two ‘Eastern’ persons are made part of the school: Zoroaster and Averroes. A similar surprise might occur to the readers of the Divina Commedia of Dante Alighieri. In this 14th century Renaissance masterpiece Dante gave his description of Heaven, Purgatory and Hell, with a special chapter on Limbo where good non-Christians were allowed to have a decent afterlife. In Limbo we not only find ancient Greeks and Romans, but also three Muslims: Averroes, Avicenna and Saladin.

The fact that two Renaissance masterpieces dealing with the fundaments of Western civilization are putting a Muslim in the centre of it, is odd to say the least. We learn that the Renaissance, Humanism and the Enlightenment were a purely European accomplishment. In this view, humanists like Petrarchwould have found lost Greek and Roman manuscripts in old abbey libraries. This would have triggered the end of the Dark Middle Ages, the revaluation of men over the Church and critical thinking over dogmas.


This historical narrative is simply wrong. Even though Roman books were indeed rediscovered, this is not true for the Greek texts. The most important Greek philosophers and scientists came to Europe because they were translated from Arabic, a translation movement that was initiated by the Caliphs of Baghdad in the 8th century. At the epicentre were Ptolemy’s astronomy, Euclid’s geometrics, and Galen’s medicine. At the same time, Indian and Persian scientific texts were translated. In turn, Muslim scientists wove these ideas together, both elevating them and creating new fields of science, such as chemistry and algebra. Their calculations were the basis of the discoveries of Copernic and Newton.


No less important at the court of Baghdad was philosophy. Plato and Aristotle were very popular and were the subjects of much study, discussion, and debate. However, Islamic philosophers ran into the same problem that both preceding Christians and those that would follow faced: how to reconcile philosophy with theology and sacred texts. In Europe, Saint Augustine (died 430 AD) had halted this debate in favour of theology, with critical thinking being banned ever since. Those that attempted to reopen this debate were quickly silenced or even excommunicated by the Church. Not so in the Arab World, at least not until the end of the 12th century.
Full article