The female face of Islamic law in Malaysia 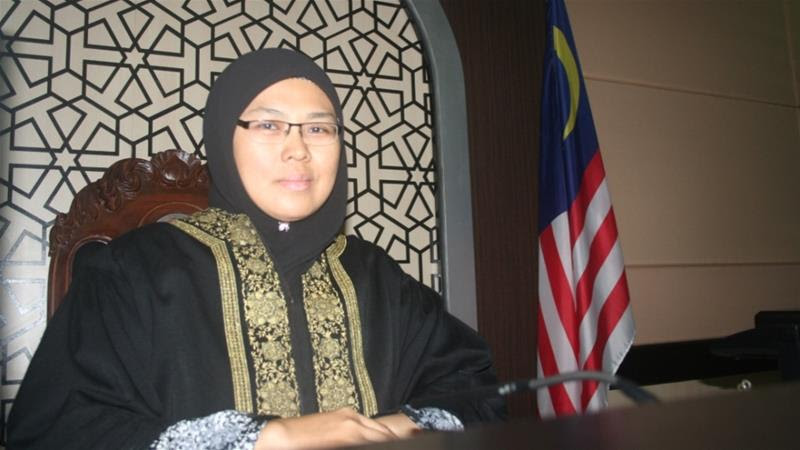 Islamic law enforcers are not often credited with being feminist pioneers, but Judge Nenney fits both those descriptions.She made history in Malaysia last year when she was appointed one of the first two female Syariah High Court judges in this Muslim-majority nation. "Syariah" is the Malay spelling for the Arabic word "sharia", meaning Islamic law.


And the 42-year-old mother of three doesn't shy away from imposing the harshest punishments prescribed by Islamic law.
"When I'm on the bench, I'm not a woman, I'm not a man. I'm a judge," she says. "I need to deal with the case fair and firm, to follow the law, no bias."
In Malaysia, more women are pursuing careers in the Islamic justice system, from judges and lawyers to court mediators.
Under Malaysia's two-tier court system, Islamic law courts deal with family and morality cases involving Muslims, such as consuming alcohol, gambling and polygamy, while secular courts hear criminal and many civil cases.
Malaysia appointed its first two female Syariah judges in 2010.Now, 27 of the country's 160 Islamic court judges are women.
Full article
Posted by Zafar Khan at 09:00