Girl's fight for justice breaks silence on incest in Pakistan 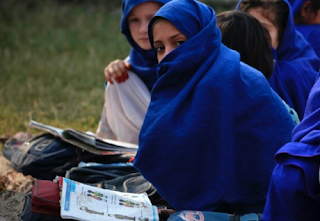 After her father began raping her, Mariam felt scared, ashamed and vulnerable.

The Pakistani teenager, who was around 13 or 14 when the attacks began, couldn’t have known her case would lift the veil on an explosive issue long-shrouded in stigma and bereft of justice in her country – incest.

In 2009, the year the attacks began, a trio of human rights organisations took up her case: international group Equality Now, as well as Pakistani women’s rights organisations War Against Rape, Lahore and Nasreen Welfare Trust Legal Aid Services (NWT). Mariam* served as the inspiration for their report “A Struggle for Justice: Incest Victims in Pakistan,” issued on Jan. 24.

Incest isn’t even listed in the Pakistan Penal Code. It’s rarely discussed and even more rarely reported, according to the report. There are no statistics on incest and, often, little or no punishment for those who perpetrate it. Families typically cover it up and discourage victims from reporting it out of fear that the family honour will be tarnished.

“The kind of damage that this concept of honour can do to entire families is beyond belief,” Mehr Qureshi, programme officer at Equality Now and a lead researcher on the project, told TrustLaw.

The two-year research project breaks ground in an area that few have explored. No one knows the scope of the incidence of incest in Pakistan.

“I have not come across any credible numbers on this particular crime,” Qureshi told TrustLaw.

However, she said, anecdotal evidence from groups on the ground indicate that “it is quite widespread.”

The report highlights the obstacles that stand in the way of alleged victims of incest who want to pursue justice against their attackers. The chronology of Mariam’s experience illustrates these obstacles vividly.

After years of physical and sexual abuse by her husband, Mariam’s mother left her six children. Shortly after that, Mariam’s father began molesting and raping Mariam, threatening to kill her siblings if she complained.

But a vigilant teacher noticed her distress, learned about the sexual abuse and called Mariam’s mother. Her mother took her daughter to the police station, where officers expressed scepticism and encouraged the mother and daughter to drop the matter. Such behavior by police is typical, according to the report.

Undeterred, Mariam’s mother pressed the issue and registered the case. But the prosecutor assigned to the case was equally reluctant to proceed and attempted to get the case dropped. At that point, Equality Now and a lawyer from NWT took the case. They had the prosecutor suspended and the case reopened for investigation.

The medical examination Mariam endured was traumatic, conducted by a medico-legal officer who doubted Mariam’s story and referred her to a gynaecoloist, who misplaced the test results. The case proceeded, but with numerous delays instigated by the defence lawyer. That resulted in lengthy and costly waits for Mariam and her family in court waiting areas shared with her father.

When it finally took place, the trial also was difficult for Mariam. At the insistence of her lawyer, the court allowed her to testify behind a screen, carted daily from a nearby hospital, so she would not have to testify in sight of her father.

The prosecutor, who was supposed to defend her, harmed her case by noting that the medical exam showed no sign of bruising or other violence, raising questions as to whether the sex was consensual between father and daughter. Mariam’s lawyer objected and prevailed.

On July 22, 2011, the court sentenced Mariam’s father to death by hanging for raping his daughter. The judge found the defence case flawed and ruled that the absence of marks of violence did not support the defendant’s contention that sex was consensual. Her father has appealed the sentence and is currently in jail, awaiting the appeal hearing.

It was a rare victory in the history of Pakistani incest cases, which the report documents extensively.

In many cases, the report said, prosecutors may be bribed by wealthy defendants to either drop incest cases or mishandle them by suppressing summonses, failing to inform complainants of court dates or not representing the best interest of the alleged victims for whom they are supposed to advocate.

Eight of the report’s 33 pages are devoted to recommendations on legal and procedural reforms to improve reporting of incest and facilitate its prosecution in Pakistan. Included are detailed examples of best legal practices in this area, including many from other Muslim countries that have legislation on incest.

“We are planning to send this to members of the Law and Justice Commission in Pakistan, have them take a look at it and have them review it and see how they feel would be the best way to move forward on this,” Qureshi told TrustLaw.

The Law and Justice Commission is a federal body headed by the Chief Justice of Pakistan and includes 12 other high-ranking members representing every province, including the chief justices of the superior courts, the attorney general, the secretary of the Ministry of Law, Justice and Human Rights and the chair of the National Commission on the Status of Women.

“The report advocates for reform of laws and procedures to guarantee that the rights of survivors are safeguarded and to ensure better implementation of laws through capacity-building of all stakeholders in the legal justice system,” Yasmeen Hassan, global director of Equality Now, said in a statement.

“It is our hope that this report will be utilised as a tool toward making the Pakistani justice system more victim-friendly which will encourage greater reporting of cases and simultaneously have a deterrent effect on perpetrators.”

*Name has been changed to protect identity
source
Posted by Zafar Khan at 10:00