Can Muslims be friends with Jews and Christians? 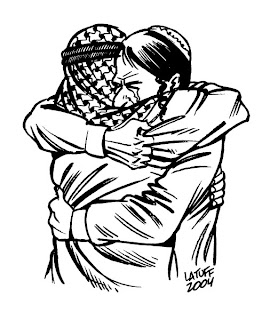 O YOU who have attained to faith! Do not take the Jews and the Christians for your allies: they are but allies of one another and whoever of you allies himself with them becomes, verily, one of them; behold, God does not guide people who are unjust. (Quran 5:51)

This verse is often quoted to show that Islam is intolerant.

Quran is a complete book of guidance and while studying various issues it should be kept in mind that a particular issue may be discussed over several chapters or several verses in the same chapter. A complete understanding can only be achieved by understanding the whole issue as presented over all the verses and chapters and not by looking at only part of the Quran. God specifically warns us against doing just that, upholding part of the Quran while disregarding the rest.

.. Then is it only a part of the Book that ye believe in, and do you reject the rest? but what is the reward for those among you who behave like this but disgrace in this life? - and on the Day of Judgment they shall be consigned to the most grievous penalty. For God is not unmindful of what ye do. (Quran 2:85)

To understand the issue of befriending the Jews, Christians or people of any other faith, we have to study all the concerned verses from the Quran collectively.

Let us look at some other verses about this issue. The following two verses regulate relations with any people, regardless of faith:

As for such [of the unbelievers] as do not fight against you on account of [your] faith, and neither drive you forth from your homelands, God does not forbid you to show them kindness and to behave towards them with full equity: for, verily, God loves those who act equitably. (Quran 60:8)

God only forbids you to turn in friendship towards such as fight against you because of [your] faith, and drive you forth from your homelands, or aid [others] in driving you forth: and as for those [from among you] who turn towards them in friendship; it is they, they who are truly wrongdoers! (Quran 60:9)

From the above verses, we learn that we are only discouraged from befriending those who fight Muslims because of their religion. Now let's go back to the verse immediately after 5:51, to see if it sheds some further light on the issue.

And yet you can not see how those in whose hearts there is disease vie with one another for their good will (the hostile Jews and Christians), saying [to themselves], "We do fear lest a change of fortune bring us disaster." But God may well bring about good fortune [for the believers] or any [other] event of His own devising, whereupon those [waverers] will be smitten with remorse for the thoughts which they had secretly harboured within themselves- (Quran 5:52)

Chapter 5 Verse 57 of the Quran makes it clear again, who are not to be taken as friends; O you who believe! take not for friends and protectors those who take your religion for a mockery or sport,- whether among those who received the Scripture before you, or among those who reject Faith; but remain conscious of God, if you are (truly) believers. (Quran 5:57)

God teaches us throughout the Quran that there are righteous Jews and Christians. As such there is no prohibition for Muslims to be friends with Jews, Christians or people of any other faith who are of good character.

Quranic verses referring to the righteous Jews and Christians:

Of the people of Moses there is a section who guide and do justice in the light of truth. (Quran 7:159)

Verily, those who have attained to faith [in this divine writ], as well as those who follow the Jewish faith, and the Christians, and the Sabians - all who believe in God and the Last Day and do righteous deeds-shall have their reward with their Sustainer; and no fear need they have, and neither shall they grieve. (Quran 2:62)

Not all of them are alike: Of the People of the Book are a portion that stand (For the right): They rehearse the Signs of God all night long, and they prostrate themselves in adoration. They believe in God and the Last Day; they enjoin what is right, and forbid what is wrong; and they hasten (in emulation) in (all) good works: They are in the ranks of the righteous. (Quran 3:113-114)

And there are, certainly, among the People of the Book, those who believe in God, in the revelation to you, and in the revelation to them, bowing in humility to God. They will not sell the Signs of God for a miserable gain! For them is a reward with their Lord, and God is swift in account. (Quran 3:199)

The following verse from the Quran capsulates this issue:

O mankind! We created you from a single (pair) of a male and a female, and made you into nations and tribes, that you may know each other (not that you may despise (each other). Verily the most honored of you in the sight of God is (he who is) the most righteous of you. And God has full knowledge and is well acquainted (with all things). (Quran 49:13)
source
Posted by Zafar Khan at 10:00