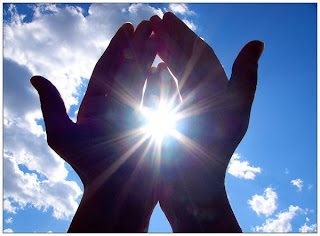 Coming to Islam was difficult for me. I had long sensed the truth in principles like Tawheed, the ‘Oneness’ of God, and in the veracity of the Holy Qur’an. Yet I was a product of my environment and therefore privileged, selfish, and self-absorbed. I thought only of the things I would lose when I converted: friends, love affairs, respect from colleagues, and of course reading a book in the dark corner of a bar while nursing a cold beer on a hot day. These things were part of what I based my identity on, so I felt I would be losing myself if and when I became Muslim.

Somewhere inside this bundle of self-absorption focusing on loss was the very real fear that even when I did declare myself a Muslim, I would never live up to others’ expectations. After all, the group of Muslim friends I was blessed with seemed to shoulder their responsibilities with no effort at all. I felt I could never project the dignity and self-assurance they did when going into a masjid. Most of all, I felt like I couldn’t live up to what Allah subhanahu wa ta`la (exalted is He) expected of me.

Though Islam teaches us that the deen (lifstyle) is the perfect balance between asceticism and sensory overload, I knew that praying five times every day and fasting during the month of Ramadan would be unbelievably challenging. If I were so sure about Islam being the truth, then any hesitation I had in jumping in headfirst, would prove my lack of dedication and love for Allah (swt) and his Messenger ﷺ , peace be upon him. I mispronounced an important part of my prayers for almost a year, and when I discovered my mistake I was inconsolable. If I cared so much, if I were really a Muslim, then why couldn’t I do everything perfectly or at least put in the effort to not make such a silly and awful mistake?

When I finally did take my shahadah (declaration of Muslim faith) and began to share this with friends and family, the response from some loved ones was harsh and alienating. I felt myself slipping into despair. How could I ever balance my obligations and not lose everything as a result? My identity was in turmoil.

The turning point was when I stood in front of an Israeli soldier holding my passport. I had travelled hours with my friend through the West Bank in order to visit the Holy Sanctuary in Jerusalem and pray at Al-Aqsa. As Jerusalem is under military occupation, there are several checkpoints to enter the area. It was a long and sweltering journey, but I had little reason to complain – my Palestinian friends who lived in Nablus and Ramallah hadn’t been allowed to visit Jerusalem in years, and I felt guilty that I had the privilege just because of my nationality. Yet things were not going to be so easy after all! Here I was with my friend Urmy – who I had just met the day before- stuck at the last checkpoint within sight of a flashing gold dome. The soldier looked at the passport and then at my face with amused skepticism. “You are Muslim?” he asked.

“Was your father a Muslim?”

I answered in the negative. He laughed, tossed my passport back at me, and waved his hand in a dismissive gesture. I had been to Palestine before and calmly faced Israeli soldiers with composure in nearly every sort of stressful situation, but never like this. I was glad that I was wearing sunglasses, because as he waved me away and motioned for the line to move along, the tears came quickly of their own accord. I was dumbstruck. I covered my mouth with my hand to hide my anguish and tried not to collapse where I stood. And Allah listens to those who pray.

“Wait, wait – you can’t do that!” my friend Urmy immediately swept in, armed with righteous anger. She had been born into Islam and we hardly knew each other, but her hand on my back and firm confidence in her voice helped me remain standing. “She’s a Muslim!”

“Her father is not Muslim, so she is not a Muslim,” the soldier said with a smile.

“How dare you!” she cried, putting her arm around my shoulder. “Who gave you that kind of authority?” As her voice rose, a crowd began to gather. Muslims from all over the world had come to visit the Holy Sanctuary and pray at Al-Aqsa. They were all from different backgrounds and spoke different languages. To my wonder and astonishment, they began to argue with the soldier on my behalf.

“Can’t you see how upset you are making her?” chided a south-Asian man.

“Let her go instead of me!” said another with an accent from West Africa.

“You can’t decide who is and isn’t Muslim!” a woman cried.

Someone pressed a tissue into my hand and I wiped my face. The soldier was looking nervous as the crowd began to grow larger. He was arguing loudly with all of them, but another soldier thought it wiser to get an official from the Waqf – the Jordanian delegation that manages the area – to come out. He arrived and said in a very kind voice, “Will you recite theshahadah?” I nodded yes and blurted it out between sniffles. He turned to my friend and asked her the same, and she too recited it for him. He gestured for us to pass the checkpoint. Urmy trembled with frustration, but I felt as though I had lost a giant weight off my shoulders.

I will never forget the incredible kindness emanating from my fellow Muslims that day. It is not easy to find the courage to stand up for what is right, but for these upright strangers, it seemed effortless. I felt as though Allah swt had bestowed upon me an incredible mercy and blessing with this lesson. I had been afraid that my history and privilege would not only keep me from being accepted by Allah swt and his Ummah, but would also keep me from accepting myself as a Muslim.

I see now that it does not matter whom my parents were, what color my skin is, or what my passport says. So long as I witness that there was no god worthy of my worship but God and Muhammad is his Messenger, I am a Muslim.

This incident set me on the road towards self-acceptance and finding my place in Islam. The relationship between Urmy and I has deepened into sisterhood, and I found more and more support from the Ummah as I went along. That support is heaven sent and has greatly helped me develop as a Muslim. I would never say my character flaws have been ironed out because of my conversion, but I can more easily pinpoint them as sources of suffering and find that Islam offers the perfect tools needed to tackle my nafs.

I was afraid that I had to be perfect to become Muslim. Now I realize that balancing this struggle is at the root of submission to God. As long as I make the effort, I see the rewards tumble into my life threefold. It takes perspective and patience to interpret the blessings sometimes, as I still struggle through Ramadan and my five-daily-prayers, but I am beyond grateful.

I once thought that Islam would mean me losing things – now I see that I have gained countless blessings in this life and the key to paradise in the next.