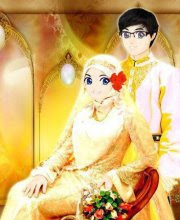 MANY people, especially women, have asked me if family planning is permissible in Islam. They say the imams and ulema say the Quran prohibits family planning and quote a verse which says, “And kill not your children for fear of poverty — We provide for them and for you. Surely the killing of them is a great wrong” (17:31).

In no way does this verse refer to family planning because it is talking of ‘killing’ and you kill one who exists. No law in the world will permit killing one who is already born and hence the Quran rightly condemns the killing of children. Some people suggest that the verse in question refers to the practice of burying girl children alive and when asked they would say they could not provide for them and hence Allah responds that He provides for them.

Imam Razi’s suggestion seems to be quite reasonable and in fact a large family means children cannot be properly educated by poor parents and hence parents ‘kill’ them mentally by keeping them ignorant.

They cannot even clothe them properly nor can they provide proper living space. In such circumstances one cannot raise quality human beings, and quantity does not matter much. That said, we should understand that at the time of the revelation of the Quran, the problem of family planning did not exist, nor did the need for population control.

It is a modern problem which has arisen in our time. Most nation states in the developing world do not have the economic means to support large populations, and when we say supporting large populations it does not mean only feeding them but also includes education and the provision of proper health services. These are the basic duties of modern nation states.

In fact, in view of the paucity of resources, it has become necessary to adopt family planning. When the Quran was being revealed there was neither any properly organised state nor education nor health services being provided by a state agency.
It is important to note that the Quran, which shows eight ways to spend zakat, does not include education or health which is so essential for the state to provide today. Thus what Imam Razi suggests is not only very correct but also enhances the importance of family planning in modern times as a small family can support better education and health services.

It can be seen that in understanding the Quran even very eminent imams and great scholars differed with one another. One should not impose one single meaning of a verse on all Muslims. The Quran could be interpreted differently by different people in their own context and circumstances, as has historically been the practice. Family planning being a modern need, one should not reject it out of hand and quote Quranic verses out of context.

Family planning does not mean killing children after they are born but to plan the birth of children in a way that parents can bear all the expenses for their education, health, living space, upkeep, etc. in a proper manner. The Quran also suggests that a child be suckled for two years, and it is well known that as long as the mother suckles she may not conceive. Thus, indirectly, the Quran suggests spacing between children.

In hadith literature, we find that the Prophet (PBUH) permitted prevention of conceiving in certain circumstances. When a person asked the Prophet for permission for ‘azl (withdrawal) as he was going for a long journey along with his wife and he did not wish his wife to conceive, the Messenger of Allah allowed him. In those days this was the only known method for planning the birth of a child. Today there are several more methods available.

However, many ulema today oppose the termination of pregnancy. Whatever the case one cannot declare family planning as prohibited in Islam as it in no way amounts to killing a child. Even the termination of a pregnancy is allowed in order to properly plan the birth of a child according to one’s financial resources.