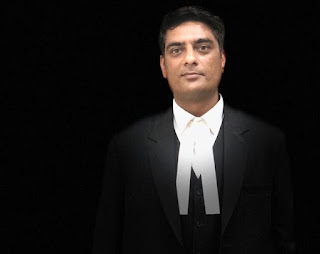 Abdul Gaffar, a 40-year-old criminal lawyer, is defending close to 50 cases related to the Delhi riots in February, almost half of them for free, but there is another communal riot from seven years ago that he cannot forget.

In 2013, Gaffar’s elderly uncle was killed by a mob in Muzaffarnagar riots that swept through western Uttar Pradesh.

“The village sarpanch, who is Hindu, rushed over and moved my family to his  house before the mob arrived. But my uncle said, ‘I’m 75-years-old, who will beat me? I have raised all these boys.’ He said, ‘You go and I will stay here.’ The mob entered the house, and hacked him into four or five pieces,” said Gaffar, his voice low and matter-of-fact.

His uncle’s grandson, Gaffar said, is a soldier in the Indian army.

“When you are in the legal field, people expect you to get things done,” Gaffar said. “I called everyone I could think of to inform them of the murder and ask his body be removed, but no one responded. I cannot explain to you how helpless I felt that day.”

In a conversation with HuffPost India at the Karkardooma court, Gaffar, a father to three children, who studied law at DAV College in Muzaffarnagar, said that if the death of his maternal uncle stays with him till today, so do the actions of the Hindu village chief who saved his family from the mob. If most of his clients are Muslim, half the junior lawyers working with him are Hindu.

As a criminal lawyer, he said, he is happy to take on Hindu clients, but a communal riot erodes trust. The families of two Hindu men accused in the riots who had approached him in March, and whose vakalatnama (power of attorney) he obtained, later dispensed of his services.

“I was interested in their case but I did not get the right response from them. I felt they did not trust me,” said Gaffar.

For Gaffar, the Delhi Police’s investigation into the February riots marks a line in the sand.

The chargesheets, Gaffar said, suggest the police was leading with an anti-Muslim narrative that linked the February riots to the preceding months of largely peaceful protests by those opposed the controversial Citizenship Amendment Act. The CAA, its critics say, alters the secular nature of the Indian constitution by making religion the basis for granting citizenship to asylum seekers.

The police have arrested several activists and students who opposed the CAA, while representatives of the ruling Bharatiya Janata Party (BJP) who incited crowds and policemen filmed assaulting protestors and destroying property on camera are yet to be brought to account – lending credence to the impression that the police is using the riots as a pretext to target those opposed to Prime Minister Narendra Modi’s authoritarian government.

The Delhi Police, which reports to Modi’s right hand man, Home Minister Amit Shah, has maintained that it is conducting an “impartial” investigation.”