There was a time when Muslim women in India not only prayed in mosques, they even built them 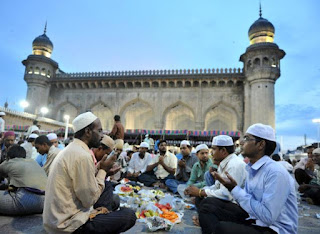 Almost 800 years to this day, Delhi Sultanate ruler Razia Sultan carved out a piece of history. In fact, two. The first was, obviously, being elevated to the throne in the early 13th century and becoming thereby the first woman to rule over Delhi.

The favoured daughter of Iltutmish, Razia rose to the throne ahead of half-brother Muiz ud-din Bahram. At that time also the ulema initially opposed her candidature. She was sincere, wise, adept at administration and capable of leading the Sultanate in a war. The only handicap she faced, according to them, was her gender.

However, as she enjoyed the confidence of her father Iltutmish, she defied the odds to claim the throne. The other feat was notched up with her ascension itself. In the run up to assuming control of the Sultanate, she went to Quwwatul Islam Masjid in Mehrauli, said to be the first mosque of North India. She did so on a Friday when the mosque would have maximum worshippers; and sought the support of the devout for her claim to the throne.

Importantly, she did not call herself Sultana, the feminine of Sultan. She referred to herself as the Sultan. With her address at the Quwwatul Islam Masjid, Razia not only blazed a trail for other women to go to masjid but also to build masjids. The khutbah too was read in her name, the first time ever in India’s recorded history.
She used to travel without a veil and used to ride horses and elephants. It is believed that she used to go to mosques and madrasas. Her patronage of khanqahs and madrasas is well known, especially the one that was associated with Minhaj Siraj Juzjani, the author of Tabaqat-e-Nasiri. He was considered a Sheikh-ul Islam under Razia Sultan.

Muslim women had things pretty good in medieval times. Politically, they were taken into confidence by the emperors who consulted them at every stage. The stories of Noor Jahan, who wielded great control over the Mughal king Jahangir, are also well known to need reiteration. The founder of the Mughal dynasty Zahiruddin Babur too is said to have consulted his women, his mother, his wives and daughters, before venturing out for a battle.

In Delhi, we have the 16th century Khairul Manazil Masjid built by Maham Anga, the foster mother of the greatest Mughal ruler Jalaluddin Akbar. The Khairul Manazil Masjid, built in 1561 by Anga, is said to be the first mosque in Delhi to be commissioned by a woman, the same woman who was virtually the ruler of the empire in the early years of Akbar, as the Mughal scion was too young to fulfil the responsibilities of an emperor.
Though there is little historical evidence to prove if Anga herself came to attend the prayer sessions here, what is proven beyond doubt is that she was instrumental in the construction of the mosque. Incidentally, many Mughal princesses after her undertook the construction of mosques as an act of piety without necessarily visiting the mosques for daily prayers.

In the case of Khairul Manazil, Anga hired the services of her trusted relative Shahabuddin Ahmad Khan, who was also a minister of the empire. The mosque’s central arch has an inscription that clearly reveals that the mosque was built by Maham Anga. The mosque had a madrasa attached to it, probably funded by Anga herself for Islamic education of children.

At around the same time, and also during the age of Jahangir and Shah Jahan, we have Mughal miniatures showing them riding horses and moving around without a veil. Often they dictated their nikahnamas and incorporated conditions like monogamy, no instant triple talaq, or investing in themselves the right to divorce through Talaq-e-tafweez.

They continued to build mosques, madrasas and sarais. According to some historians, they also graced the mosques, at least on special occasions like Eid, or when a new emperor took the reins of the empire, and had the khutbah read under his name as a sign of legitimacy.

Though there is little documentary evidence, it is fair to believe they offered prayers in the mosques if one looks at the architecture of the Sultanate and the Mughal period closely.
For instance, there is a Tughlaq era mosque in Wazirabad in Delhi. The mosque has an elevated chamber shielded by lattice walls. There are some historians who believe it was meant for the kings. However, as the kings usually entered from the main gate, called the Shahi Darwaza, it is fair to believe it was meant for the royal women who entered and departed from such a gate after offering their prayers at the mosque.

Similarly, if you go to Bengal, there in Hazrat-e-Pandua we have Adina Masjid, one of the largest mosques in India. Hailing from the 15th century, it is a much bigger mosque than Quwwatul Islam Masjid. The prayer chamber here is elevated with a lattice wall and a raised mihrab, a semi-circular niche.

Many mosques in medieval India can be said to have been graced by royal women, and even those from the families of nobles. There is no single piece of historical evidence to show that women were prohibited from going to the mosques, and there is no record of ulema issuing a fatwa against the entry of women into mosques.

Not just mosques, women went to Sufi khanqahs and dargahs too, and are said to have participated with great zest in singing Sufiana Kalam. From the early 13th century when Qutubuddin Aibak laid the foundation of the Mamluk dynasty to the time of the latter Mughals in the 18th and 19th centuries, women were consistent in their patronage of khanqahs.
As most dargahs and khanqahs had mosques attached to them, it is fair to conclude that women would enter them as the Sufis did not express any rigidity. For instance, Nizamuddin Auliya held out for musical gatherings or samaa, and was able to convince the Sultanate rulers too of the same, despite stiff opposition from the Hanafi scholars of the age who believed music to be haram (prohibited) in Islam.

Inside the mosques, we find no clear markers prohibiting the entry of women beyond a certain stage.
It all began to change with the decline of the Mughals and the coming of the British. As conservatism was the order of the day, women began to be excluded from both mosques and cemeteries. They were not allowed to enter the mosques for spiritual elevation. They were denied the right to offer prayers at the grave of their near and dears ones in the cemetery.

All along, women continued to go for hajj. In medieval as also modern times, women were never denied the right to go on hajj where, like men and women from other countries, they established prayers in both Makkah and Medina, where they went to the last resting place of the wives of the Prophet as also his companions. Yet, when they came back home, a different kind of Islam ruled their lives.

Call it the impact of the local culture, but this Indianised form of Islam meant women could build mosques or take part in financing them, but could not offer regular prayers inside them. Today, women cannot go for prayers to the mosques that their fellow women built hundreds of years ago.

The most conspicuous case being of the famous Fatehpuri Masjid in Old Delhi, where the local residents cannot recall any occasion when women gathered to offer prayer in a group, or the Taj-ul-Masajid in Bhopal. It is the largest mosque in India, but it has not been able to spare a room or hall for women. The biases are more pronounced today than at any time in the Islamic history in India.