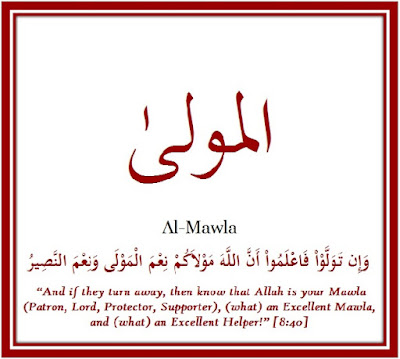 اللّهُ وَلِيّ الّذِينَ آمَنُوا يُخْرِجُهُمْ مِنَ الظّلُمَاتِ إِلَى النّورِ
‘Allah is the Wali of those who believe, He brings take them from the darknesses into the light.’

Wali is a special type of friend, who expresses the will to help to you and support you. A wali is a friend that you turn to for help, protection and support. The wali is the primary in the relationship, they are the dominant party.

Allah عزّ وجلّ says in the beginning of the ayah that He is the Wali for the believers. Those who disbelieve have Taghoot (anything and everything that is worshipped besides Allah) as their Awliyaa (plural of wali).

There are two comparisons taking place in this verse:
Looking at the verse again, we see that there is a different arrangement for each comparison:

Why is the arrangment different?

Allah عزّ وجلّ is being ‘compared’ to taghoot [i.e. the disbelievers attempt to take their taghoot as equals to Allah], yet: there is NOTHING like Him, NOTHING can be compared to Him. These taghoot do not deserve to be mentioned in the same place as Allah عزّ وجلّ was mentioned. They do not deserve to be mentioned in even the same sentence. So the Taghoot are placed the furthest away from Allah's Name.

‘That is because certainly Allah is the Mawlaa of those who believe, and indeed the disbelievers have no Mawlaa.’

From a lecture by Ustadh Nouman Ali Khan on An-Nasr. Watch the lecture here: https://www.islamawareness.net/Quran/VideoLectures/surah110.html