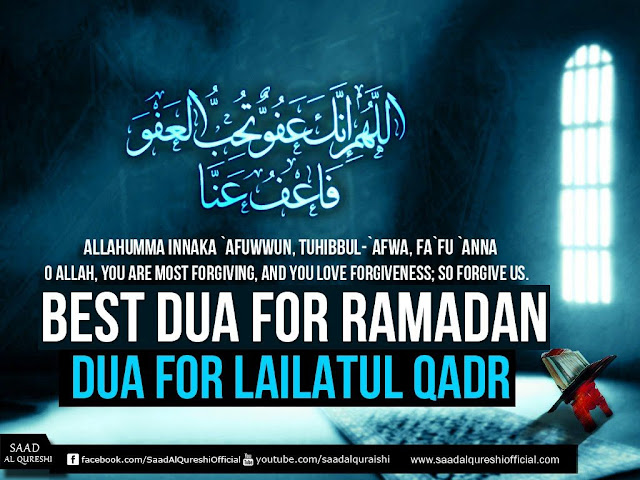 Assalamoalaikum. For people who started the first fast on Monday, 06 May, today is the 20th fast. Tonight is the 21st night and the first of Laylatul Qadr nights.

The Messenger (pbuh) mentioned that there was a man among the Israelites who devoted his life to the cause of Allah for a thousand months. The companions were amazed and impressed, but were saddened because they knew there would be no way that they could reach this status of devotion. So Allah عزّ وجلّ revealed this surah to inform them that He had just blessed this Ummah with the Night of Honor, which is equal to a thousand months.

In a report by Bukhari, the Messenger of Allah (pbuh) said: "Seek it on the odd nights of the last ten days of Ramadan."

The majority of the scholars who agreed that the night occurs in the month of Ramadan, disagreed on the exact night. Some said it comes on the first day of Ramadan. Others said it is on the seventh; while others say its on the 19th night. All these opinions are not built on sound proof. There is evidence that the night comes on the last ten days of Ramadan, specifically on the odd numbered nights. In a report by Bukhari, the Messenger of Allah (pbuh) said: "Seek it on the odd nights of the last ten days of Ramadan."

In a hadith by Ibn Umar (raa), some men among the companions saw the night in a dream occurring in the last seven nights. Responding to this, the Messenger of Allah (pbuh) told them, "I see your dreams coincide on the last seven, whoever wants to seek it should do so in the last seven." (Agreed upon)

In Muslim's report, the Prophet (pbuh) said, "Seek the night in the last ten days, and if any of you is weak, or can't observe it, he should not miss the remaining seven days." In Hadith by Ubayy bin Ka'ab (raa), he said: "By Allah, I know which night it is. It is the night the Messenger commanded us to observe, the night of the 27th." (Ahmed/Tirmidhi)

Analyzing all these citations indicates still no one knows for sure which night is the Night of Power, at least in a given year. It seems that the night shifts and rotates to different nights from one year to another. It may occur on the 27th in one year, while the next year it will be on the 25th, while on the following year it will be occurring on the 29th, etc. There is an indication to this in hadith by Bukhari, when the Messenger of Allah (pbuh) states: "Seek it on the twenty-ninth; it may be on the twenty-seventh, or on the twenty-fifth." Imam Ibn Hajr, in his book, "Fathul Bari", in the commentary of the Book of Bukhari, said: ``I accept the ruling that the night occurs on the odd nights of the last ten days of Ramadan, namely the twenty-first, twenty-third, twenty-fifth, twenty-seventh and or twenty-ninth.''

'Say: O Allah, You are Oft-Pardoning and You love to pardon, so pardon me.'"
[Ahmad, Ibn Majah, and at-Tirmidhi].

Any act of worship including Salah, giving Charity, making Dua's, reading Qur'an, learning about Islam, learning new Surahs, etc. will all be Insha'Allah be counted for rewards. Make full use of it. Don't forget all your bothers and sisters suffering in different parts of the world. Ask Allah عزّ وجلّ to Alleviate the suffering of the innocents. Amen!