The meaning of Ar-Rahman and Ar-Raheem (الرحمن الرحيم) 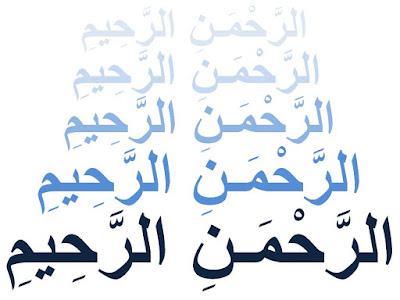 Allah عزّ وجلّ gives Himself two descriptions when we say Ar-Rahman and Ar-Raheem (الرحمن الرحيم) during Bismillah and even during Surah Al-Fatihah.

The most common translation of the ayah is, “The Most beneficent, The Most Merciful.” In contemporary context, such a translation almost fails its purpose as those English words are seldom used in normal speech and literature, let alone being properly understood. Fundamentally, the translation is accurate as the Arabic refers to Mercy, however both Ar-Rahman and Ar-Raheem are derivatives of Mercy. This is why one needs to understand properly why they are different. Generally speaking, when synonyms are used in the same sentence in Arabic, they are intended to join their unique qualities. Similar, is the case here. Both those words have Rahmah in their roots. Rahmah means mercy in Arabic, and has also been used as ‘womb’ of the mother. This is from the Arab idea of mercy in the womb of the mother, where the foetus has no worries and all its needs are taken care of by the mother---hence the child is under the mercy of the mother, from every angle. However, since they are used together, they bring their own qualities to this ayah.

Ar-Rahman has three features in its linguistic structure and meaning:
1. By definition, it is something extreme. The addition of the ‘aan’ at the end is a hyperbole, as it turns the mercy into something unimaginable, extreme; Allah عزّ وجلّ is extremely, unfathomably merciful.
2. This structure also implies that this is something happening in the present. For example, you see someone donating money to someone who is needy, and you call this person a generous person. This is happening in the present and the person’s generosity is manifesting itself right now, so the implication of your description is different than when you describe that person to your friend. In the latter case, you may still call that person generous, but it doesn’t guarantee that the person is being generous right now. This linguistic feature is not common in the English language, but in Arabic, it is indicated by the structure, as is the case with ar-Rahman; Allah عزّ وجلّ is being merciful right now.
3. The third unique feature of this structure is transience, which means something that is not permanent. This is also shared by other Arabic words that sound the same, such as hungry ( جوعان ), thirsty ( عطشان ), angry, and what is common in these words is that they are all temporary, they are present and then something takes them away; food takes away hunger, drink takes away thirst. And this feature implies that this mercy of Allah عزّ وجلّ is temporary and something will take it away.

Based on that, we understand that Allah عزّ وجلّ is Ar-Rahman and that means that He is extremely merciful to us right now, but He could stop being merciful to us (if we disobey Him).

This in reality complements the meaning of Ar-Rahman. This is because in this ayah, Allah عزّ وجلّ is describing His mercy completely, and while in other places of the Quran, we may find that a certain type of mercy is referred to---e.g. in surah Ar-Rahman, Allah عزّ وجلّ mentions blessings that are extremely useful, present right now, but temporary, and so He refers to His mercy by calling Himself Ar-Rahman. So in this surah Allah عزّ وجلّ gives us a complete definition of His mercy, “He is unfathomably, extremely merciful right now, and is perpetually merciful, but while His mercy is always going to be available, it may not necessarily be bestowed upon us in the present and may be taken away from us if He wills.”

A side-note, we are recommended to begin our activities with the basmalah, and in it we seek Allah’s عزّ وجلّ mercy, keeping in mind the meanings of the two descriptions.

Another benefit of this verse is in the order that the two words are mentioned, the present is mentioned first and then the future. To understand that, imagine if you needed money to pay your rent, and someone came to you to discuss about an interesting investment opportunity with future returns. You wouldn’t pay attention to this discussion as you are concerned with the present state, and need help in the present. Once your present worries are settled, you start worrying about the future. Since, Ar-Rahman deals with the present, it is what we would need first, what we would need right now, and so it is mentioned first. Once our present worries are taken care of, we start worry about the future, and then Ar-Raheem takes care of our future worries. Allah عزّ وجلّ created us and knows best what we need and how and when we need it. This verse is a clear indication of that.

From a lecture by Ustadh Nouman Ali Khan about Surah Al-Fatihah. Listen to the complete talk here: https://www.islamawareness.net/Quran/VideoLectures/surah001.html
Posted by Zafar Khan at 20:37