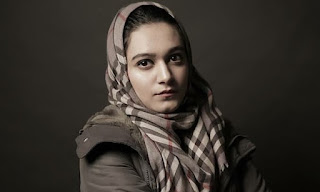 Pak never fails to disappoint, she will be forever condemned because she simply wasn't 'sharif' enough and excuses will always be made for him :(

In a country where there are estimated to be more than 1,000 so-called “honour killings” a year, her case has become a cause celebre, with the acquittal viewed by some as effectively sanctioning violence against women. Siddiqi’s lawyer, Hassaan Niazi, said it was “the worst form of victim blaming”.
Speaking to the Observer, Siddiqi said women were being undermined by a patriarchal system that deters them from reporting crimes such as rape and “honour” violence because “of the stigma against women in the justice system, in which the onus is on the woman to prove she is the victim”.
She added: “My struggle is a test case for all women who come into the court system. We are the targets of character assassination, and when it comes to motive, the onus is on the woman to prove her innocence instead of the criminal’s guilt.
“When the court asked me what [Hussain’s] motive was, they tried to prove I was a woman of loose character, that I am immoral and don’t have values. The defence said in court that I was having illicit relationships with other boys, which was a lie. Their entire defence was based on discrediting my character.”
Siddiqi, who is from a cosmopolitan, but religious and culturally conservative, family, struck up a friendship with Hussain, the son of a well-connected lawyer, at college. The pair became close, but she ended the relationship after becoming concerned by his obsessive and controlling behaviour, and his hacking of her Facebook account.
“When a guy crosses all limits and he says ‘you are like my property’, that’s what made me leave him and that should be enough. It doesn’t matter what happens, even if I had married him, nothing gives him the right to attack a woman like that.”
What followed was a campaign of harassment and blackmail, culminating in the attack in Lahore’s main shopping street, which left her fighting for her life. The case caused uproar, with celebrities and politicians expressing dismay. Jamshed Kazi, the country’s UN Women representative, said: “Khadija’s relentless pursuit of justice is an extraordinary example of courage that highlights the multiple barriers women face to access justice including stigma and gender bias.”
Such has been the outcry that, following the acquittal, Pakistan’s supreme court took the extraordinary step of issuing a suo motu – where a court is able to start proceedings without a formal complaint – to re-examine the case. The process will start on Sunday. “The supreme court’s decision is a very positive step, not just for me, but for all women. It has revived people’s trust in the court system and shows the power of the people, of our youth and of social media who made their voices heard and the supreme court has listened,” she said.
Siddiqi said she hoped her case would inspire other women to fight for justice, and lead to legal reforms to ensure women are treated fairly. “I’ve had so many messages saying ‘this happened to me’, and it gives people strength. There is a stigma for women to get justice, not just in Pakistan but across the world. This shows if you hurt or kill in the name of honour, you will be challenged. As a law student, I owe it to these women to show the justice system isn’t just for the rich and powerful.
“Thousands of women are killed across the world. I was one of the rare few who survived, so I have been given the chance to be an example for all women.”
Link