Islam and Muslims in South Africa 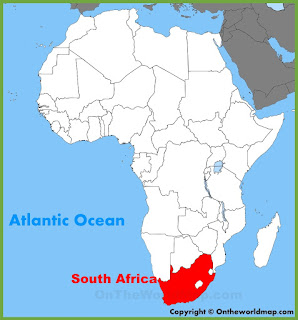 Muslims have a rich heritage in South Africa.

S Mayson, describing the Islamic life in the 19th century Cape Town, in The Malays of Cape Town, writes: "In 1652 a few Malays of Batavia were brought by the Dutch into the Residency, and subsequent Settlement of the Cape of Good Hope... " It is possible that these "Malays of Batavia" were the first Muslims to come to this country.

1654 Arrival of first Asiatic at the Cape

Around 1654 the Dutch East India Company established the Cape as a halfÂ­way house for its ships travelling between Holland and the East Indies. It was also to serve as a penal settlement for convicts and political exiles from the East.

G M Theal, the historian, says in his book, History of South Africa before 1795, on the Dutch East India Company, "With her [the Haaselt] came the first of a class of persons afterwards numerous in South Africa and whose descendants form at the present day an important element in the population in Cape Town."

Four "Asiatics" had been sentenced by the High Court of Justice in Batavia to banishment and hard labour for life. Their crime: preaching insurrection in Batavia against Dutch rule. Three of them were sent in the Haaselt to Mauritius and one was brought to the Cape of Good Hope.

This political prisoner was probably among the the first recorded Muslim to land on South African soil, two years after the White settlement in the country2.

The first recorded arrival of free Muslims known as Mardyckers is in 1658. Mardycka or Maredhika implies freedom. The Mardyckers were people from Amboyna [an Indonesian island] in the southern Moluccas and were brought to the Cape in order to defend the newly established settlement against the indigenous people, and also to provide labour in the same way that they had been employed at home, first by the Portuguese and later by the Dutch, in Amboyna. Jan Van Riebeeck had requested that the Mardyckers be sent to the Cape as a labour force. The Mardyckers were prohibited from openly practising their religion: Islam. This was in accordance with the Statute of India [drafted by Van Dieman in 1642] which stated in one of its placaats [statutes]: "No one shall trouble the Amboinese about their religion or annoy them; so long as they do not practise in public or venture to propagate it amongst Christians and heathens. Offenders to be punished with death, but should there be amongst them those who had been drawn to God to become Christians, they were not to be prevented from joining Christian churches. " The same Placaat was re-issued on August 23, 1657 by Governor John Maetsuycker probably in anticipation of the advent of the Mardyckers to the Cape of Good Hope. The Placaat governed the Cape as part of the Dutch Colonial Empire.

Read all about it here: https://www.islamawareness.net/Africa/SouthAfrica/southafrica_article1001.pdf

With Thursday marking the first day of the holy month of Ramadan, Eusebius McKaiser speaks to a professor in Religious Studies at the University of Johannesburg, Farid Essack to discuss the history of Islam in South Africa.

Essack begins by explaining the number of times that Muslims go to pray and why they do so.

They pray fives times a day. Because Muslims generally pray. There are five daily prayers, The Sunni Muslims pray at five different times and the Shia Muslims combine the evening prayers and the day prayers and both groups do the early morning prayers.
— Prof Farid Essack, Professor of Religion Studies University of Johannesburg

The professor added that there are approximately about 860 000 Muslims in South Africa.

We have been around for a long time actually. We first came shortly after 1652 to South Africa about a year after Van Riebeeck had first landed. They were brought as slaves because the local Khoi weren't very cooperative. So we come from Salon, Mauritius, Madagascar, and Mozambique.
— Prof Farid Essack, Professor of Religion Studies University of Johannesburg

He said there are two major streams of Islam in South Africa.

He says the Dutch colonialists considered some of them to be troublemakers in Indonesia, and so sent off to a faraway place at the southern tip of Africa - the Cape Colony.

This stream is known as the Malay community. The other stream arrived as labourers on the eastern coast of Southern Africa, in the area now called KwaZulu Natal.

They came from India in 1860 along with some Hindus. And the descendants of that crowd, they are now in Gauteng, in North West, Mpumalanga, the Northern Province and of cause largely in KwaZulu Natal.
— Prof Farid Essack, Professor of Religion Studies University of Johannesburg

The professor adds that there is one other stream that arrived between 1873 and 1880 He says these were 500 slaves that were liberated and brought to Durban.

They ended up in Durban and they were known as Zanzibaris, they were from Tanzania and Zanzibar. But they had white gowns and they had beards so culturally they didn't fit in with the local Zulu community at all. They did follow the similar cultural and religious practices of the Indian Muslims.
— Prof Farid Essack, Professor of Religion Studies University of Johannesburg

So when apartheid came along, they were proclaimed Muslims.

Until today, you have a community of black Africans living in the middle of an Indian township, Chatsworth, the Zanzibari Muslims.
— Prof Farid Essack, Professor of Religion Studies University of Johannesburg

He also explained the difference between the words Islam and Muslim.

The one is a social-religious community, these are Muslims. And Muslims follow the religion of Islam.
— Prof Farid Essack, Professor of Religion Studies University of Johannesburg

Two stabbed to death in 'brutal' attack on mosque in South Africa during morning prayers
'Shocking and sad assault on what is probably the last day of Ramadan'
Adam Withnall
Thursday 14 June 2018 08:17

South African police say two worshippers have been stabbed to death in an attack on a mosque in Malmesbury, Western Cape.

The suspect, who was armed with a knife, was shot dead by police outside the mosque. Three others, including a police officer, were injured during the incident.

The Muslim Judicial Council said in a statement that it was “shocked to its core to learn of a brutal attack on the Malmesbury Masjied in Cape Town in the early hours of this morning”.

The two people killed were in I’tikaaf meaning they had been sleeping in the mosque for a period of days as an act of devotion. The attacker was not known to the mosque community, a spokeswoman for the Council said.

Western Cape police spokesman Lieutenant Colonel Andrè Traut said the suspect, “believed to be in his thirties and armed with a knife, was still on the scene and charged at the police who tried to persuade him to hand himself over”.

“He ignored the calls and tried to attack police. He was shot and killed in the process,” Mr Traut said.

The attack comes a month after another assault on a mosque in Verulam, north of Durban. In that attack, three men stormed the place of worship, killing one and injuring others. They then fled the scene, and no arrests have yet been made.

Speaking to eNCA, Mishka Daries of the Muslim Judicial Council described the attack as “brutal”, saying it was a “shocking and sad assault on what is probably the last day of Ramadan”.

Asked if she feared a spike in such incidents, Ms Daries said she “understood these concerns within the Muslim community”.

“We are still trying to come to terms with the attack,” she said. “A mosque, a church, a synagogue, any house of worship – they are sacred places… you feel safe, you feel secure, you know that this is your time with God and that is your focus. Unfortunately it seems this isn’t the case.

“We would like to call for calm in the community,” she added, urging people not to “retaliate in any form” while the facts surrounding the attack remain unclear.

https://www.aljazeera.com/news/2018/05/outrage-deadly-south-africa-mosque-attack-180510200743838.html
Outrage after deadly South Africa mosque attack
Three assailants on the run after killing one worshipper during midday prayers and critically wounding two others.
by Azad Essa
12 May 2018

South African police are hunting for three attackers who cut the throat of an imam and stabbed and seriously injured two other people at a Shia mosque.

The attack on the mosque on Thursday in Verulam, a town 27km north of Durban, left the Muslim community outraged and demanding answers.

Major Bheki Langa, KwaZulu-Natal province's acting police commissioner, said in a statement the motive was still unclear. The assailants also set the mosque on fire before escaping in a getaway vehicle.

"Such criminality cannot be tolerated. A team of investigators has been dispatched to solve the case and bring perpetrators to book," Langa said.

Emergency rescue services initially said the imam of the mosque had died after the attackers slit his throat. But the Herald newspaper reported on Friday that the imam had survived the attack and was in a critical condition at a local hospital, together with the caretaker of the mosque who was also stabbed.

The man who died was a worshipper named Abbas Essop who had come to the imam's aid after he had heard screams from the mosque. The assailants had also reportedly slit Abbas' throat.
Swift condemnation

The incident drew immediate condemnation from the Muslim leadership across the country.

Faisal Suleman, chairperson of the South African Muslim Network, told Al Jazeera his organisation would not want to speculate on a motive given it was still not clear.

"We condemn this attack and we are urging the law enforcement to spare no effort in apprehending the perpetrators alive so that the reasons become known," Suleman said from Durban.

"South Africa has not had such attacks in the past, so we caution against speculation."

The Muslim Judicial Council denounced the bloodshed and said the core of Islamic teachings and principles are "respect for all human beings".

Islamic scholar Shaykh Rafeek Haseen told community radio station Voice of the Cape that Durban's Muslim community is in shock and urged people not to jump to conclusions.

"It may be a case of money laundering or a personal issue between the perpetrators and the victims. I do not think we should jump to conclusions that this attack is motivated by sectarianism," said Haseen.

The United Ulama Council of South Africa denounced "these grievous and vicious attacks".

"We condemn these unjustifiable acts of violence, which foster nothing but tension, mistrust, and insecurity within communities," said the group's Secretary-General Yusuf Patel.
Extremely rare

Muslims make up about 1.9 percent of South Africa's 55 million population, with most following the Sunni Muslim denomination. Attacks on mosques are extremely rare, but observers note anti-Shia rhetoric has been on the rise over the past few years, especially on social media.

Farid Sayed, editor of the Muslim Views newspaper based in Cape Town, said there have been attacks on mosques before, but usually from the "racist, white right-wing".

Sayed said many Muslims in South Africa deny the fact that there is intra-faith intolerance in the community.

"One can dismiss this as a once-off attack, it may not even be a sectarian attack. But I think it alerts us to the fact that we could actually be facing a situation where there could be violence [in the future].

"In the past, it was always verbal attacks, not physical. I have some [social media] posts that suggest that it 'was just a Shia mosque', in other words, they deserved to be attacked," Sayed said.

The country's parliament also released a statement condemning the violence.

"A mosque is a religious institution and South Africa's constitution guarantees and protects the right to religious practices," Francois Beukman, chairperson of the Portfolio Committee on Police, said in a statement released from parliament.

"This kind of attack on three innocent people is totally unjustified. We want our communities to live in harmony, practising their religions without fear."
Posted by Zafar Khan at 10:01