Living in fear: One in three Muslim students attacked on campus as Islamophobic hate crime surges 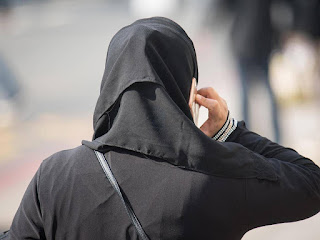 Fatima Diriye, a history and politics student at Soas University of London, told The Independent that she felt unsafe when two students took photos and drew a sexualised image of her in a jilbab.
“They drew a picture of me because I wear a jilbab – the head to toe piece – so they drew that, and then explicitly exaggerated my figure and wrote: ‘I like penis.’
“I didn’t feel safe. I was really upset, I was in tears,” she said.
In another incident, Fatima was called out for expressing views during a student union activity. “He said ‘You are a Muslim woman. Why are you even speaking? Aren’t you normally oppressed?’”
Link