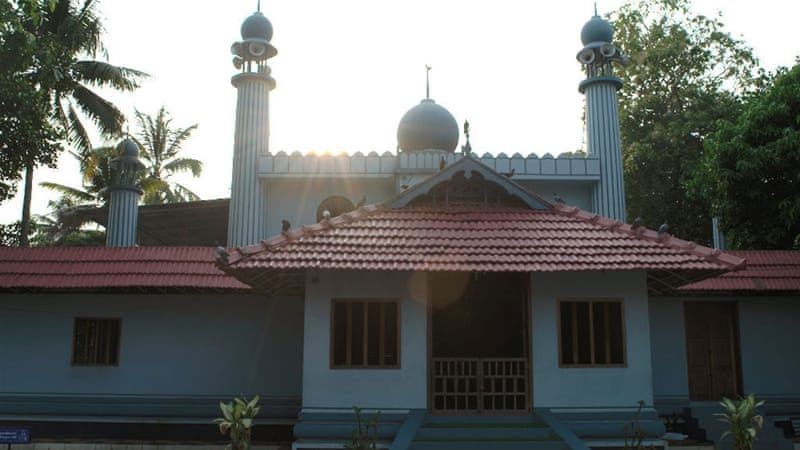 On India's western coast, facing the Arabian Sea, there once lived a Hindu king who had a vision of the Moon splitting into two halves. Concerned that the dream was a warning, he immediately asked his court astrologers to interpret what he had seen.


They couldn't provide an explanation that would satisfy the king so the problem remained unsolved until a group of Arab traders arrived at his port, in what is now India's southern state of Kerala. The traders explained that the king's vision was most likely a reference to one of the miracles performed by the Prophet Muhammed.
Convinced, the king converted to Islam and set off to Mecca, Islam's holiest site. He died before he could return to his kingdom, but left instructions to build what would become India's first mosque.
That at least, is how the myth goes.
The actual history of the Cheraman mosque in the town of Kodungallur is murkier. According to a foundation stone on its premises, the mosque was built in AD629, but the evidence is conflicting.
Historian Rajan Gurukkal, who is originally from Kerala, says that the mosque was probably built closer to the 11th or 12th centuries. But Mohamed Sayeed, the president of the mosque's managing committee, says tradition maintains that it was the first in India.
Kodungallur is about an hour north of Kochi city, a popular tourist destination, but few foreign visitors come here. The state government, however, hopes that will change as it embarks on an ambitious project that will highlight the area's history.
Source
Posted by Zafar Khan at 09:00