Why Would a Jew Become a Muslim? 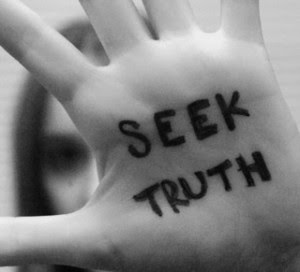 Earlier today, I was catching up on my 84 unread YouTube messages, when I came across this short but to-the-point message:

“I don’t get it … aren’t you Jewish descent why would you convert to Islam … Muslims hate Jews?”

Interesting how that last “question” sounds more like a statement. Sadly, many people have this false impression that Muslims hate Jews, or that Islam is in some way against Jews. Yet I am living proof that this is not the case. I am a Muslim, and I am a Jew, and I happen to be quite proud of my Jewish heritage. I thought it was worth it to respond to the message, and I’d like to share that response with you, so that you might benefit from it as well insha’Allah.

“Hey, thanks for your question. Yeah, I’m a Jew. No, Muslims don’t hate Jews. According to the teachings of Islam, Muslims are required to protect non-Muslims, particularly Jews and Christians, who live in Muslim lands. This is why, when Spain was a Muslim land, then known as Al Andalus, my Jewish ancestors were able to live peacefully in Spain and not be persecuted for their religion, as was the norm in Christian Europe. Among the Christians during the Middle Ages, Jews were killed and tortured for their beliefs and identity. In Spain, this was not the case, and for the most part of the history, Jews, Christians, and Muslims coexisted in relative peace in Islamic Spain. When the Catholics from the North conquered Spain, the Muslims and Jews were forced to convert to Catholicism or be tortured or killed, so most of them left Spain for other lands, and the majority went to other lands controlled by Muslims, because the Jews knew that they would be much safer with the Muslims than with the Christians. Jews moved from Spain to places like North Africa, the Middle East, and other places in Southern Europe which were under Muslim control. My grandmother’s family comes from Greece, and my Grandfathers family comes from Turkey. At that time, Turkey was the center of the Muslim Ottoman Empire, and Greek had just recently come under Ottoman control, so these were both Muslim lands.
My conversion (or more accurately reversion, since we are all born Muslim) to Islam had a lot to do with my Jewish heritage. My mom is Jewish and my dad is Catholic, so growing up I wanted to find my own religious identity. As I got older and started to really examine things, I knew that I had a deep love and respect for Jesus (as), but especially considering my Jewish background, I was very conscious of the strict monotheism in Judaism (which happens to be shared by Islam, and I would argue is even more strict than in Judaism), and I knew that the Christian understanding of Jesus (as) as a part of God or the son of God was in total conflict with the first commandment given to Moses (as). The more I thought about it, the more I realized that I could not follow either religion. I couldn’t follow Judaism because it does not recognize Jesus (as) as the Messiah, something about which I was convinced, and I could not be Christian because it insisted on a concept of God that conflicted, not only with the prophets of the old testament, but also with the teachings of the Jewish Prophet and Messenger and Messiah, Jesus the son of Mary (as). I decided that I would consider myself upon the religion of Jesus (as) and his original Jewish believing followers who never worshipped him but worshipped God alone.

Not long after, I realized that Islam is that religion, and I became a Muslim.”