The Curious Case of Women in Pakistan 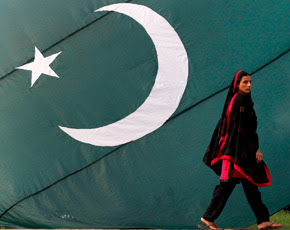 The news of an elderly woman being paraded naked in Haripur, a remote village in Punjab, is really heart throbbing. Her crime? Her son is accused of adultery with a fellow village woman. The village jury declares her son guilty and the victim (her mother) is paraded around the streets naked, as the punishment. Justice dispensed! I wonder if the chief arbiter had pronounced the same verdict had he been accused of adultery/rape. But that is another story. In our Orwellian world, some people are just more equal than others.

So, what then, disturbs me is the fact that why, each time, a mother has to pay for the crimes of her son? Why, always, is a sister punished for a wrong done by her brother? Is this our way of restoring honour? Bartering and exchanging girls like cattle, raping them in the open, siccing dogs on them, and now, parading them naked on the streets. The simple logic that two wrongs never make one right seems incomprehensible to our ‘jurists’.

More importantly, these acts reflect the kind of society that we have become: an intolerant, chauvinistic and lawless masses thriving on hatred and insanity; these reports barely make us flinch. Most of us have adopted an ‘Ahh-soo-sad-but-that-happens’ attitude. Perhaps, because we have developed a stomach to tolerate these abuses of human rights or simply because we do not consider women human anymore.

Time and again, we hear about these ghastly crimes being committed against the weaker sex but we choose to remain silent. The Ghairat brigade (self-proclaimed patriots) in our country seem too busy for these ‘trivial’ issues for they have other important things in life to attend to. Of course, chanting slogans in favour of a murderer, showering him with rose petals, bringing valentines cards for him, protesting against the veil ban in France, and yes, blaming Amreeka for the load shedding, floods, earthquakes, traffic jams, gas shortages and everything but, are certainly significant national issues for them.

Why do these intimidating black robes and flowing beards who march down the streets threatening against a change in the blasphemy law remain quiet when it comes to supporting the Domestic Violence Act? Why do not they protest against the so called Honour killings? Where is honour in murdering and raping women I ask? Perhaps, we do know the answers.

To be precise, this violent behavior of most men towards women has been embedded into our mind-sets buttressed by cultural and religious connotations. In most of our villages, suburbs and even in some metropolitans, women are severely secluded. The society where mere talking to a stranger constitutes adultery and choosing a life partner causes dishonour for the family, it is only natural then that these women are punished for their ‘crimes’. Part of the reason behind these crimes against humanity is that the women in most parts of our society are considered mere objects. They are sold, bartered and exchanged with impunity; they literally do not have any rights.

Our State remains hostage to influential landlords and other powerful non-State actors; the powerful are tacitfully allowed to take matters into their hands and perpetuate violence against women. The ‘landmark’ case of Mukhtaran Mai is just one example. Gang raped in front of the entire village of Meerval near Multan in 2002 on the orders of a Jirga (traditional system of arbitration), Mukhtaran was threatened to remain silent. But she chose to fight, registering a case against the culprits. Eight out of the 14 accused were acquitted initially and after nine long years of struggle, she finally received the verdict. Five out of the remaining six were released for the lack of evidence. She is just one of hundreds of Mukhtarans who are abused every year. According to an HRCP report, around 3000 women were raped and another 791 murdered for honour in 2010 alone.

Albeit horrible, these figures should not be surprising. When criminals go unpunished and victims are derided, why would others hesitate in perpetuating similar crimes? Our nation is indifferent to the hundreds of Mukhtarans; none of who are getting justice.

We as citizens must also be held responsible for such atrocities. Women rights violations are secondary issues for us; always more interested in following more important myriad conspiracy theories that the evil US and the Western Alliance is hatching against this ‘land of the pure’. Most of us were more interested in following the Osama-Obama saga while virtually none noticed that four different cases of murder and violence were reported against women in that week alone.

How many of us protested when the draconian Hudood laws (I say draconian because they are abused in the name of God) were inflicted upon us? Why are we quiet when the government reneges on its promise to approve the Domestic Violence Bill, but go paranoid when the US detains Afia Siddiqui? Are our Mukhtarans any less worthy because they are abused in Pakistan whereas Afia is in the US? Our priorities appear confusing at best and disgusting at worst.

The only way out of this abyss is to set our priorities straight. We have to make a decision between remaining a barbaric society that tortures and humiliates half of its populace or choose to become a civilized community that does not discriminate against the opposite sex. We must rise above the mere rhetoric of supporting women and make a genuine effort to give our women their due right.

Zulfiqar Ali is an intern at Dawn.com. He is an undergraduate studying politics at the Lahore University of Management Sciences.
Posted by Zafar Khan at 10:00