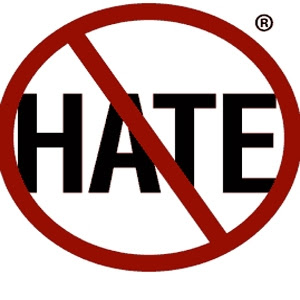 Religious pluralism, versus the defamation of religion and freedom of speech have become an increasing source of conflict in international politics and interreligious relations. Preachers of hate and activists in America, Europe, and many Muslim countries are engaged in a culture war. Far right anti-immigrant and anti-Muslim political leaders and parties warn of the Islamization of America and Europe to garner votes. The acquittal on June 22, 2011 of Dutch politician Geert Wilders on charges of "inciting hatred and discrimination against Muslims," is a political victory for Wilders but also a sign of the times, growing normalization of anti-Islam bashing in the West.

The OIC (Organization of the Islamic Conference which represents some 57 countries) lobbied the United Nations for more than a decade to address this issue. Initially targeting Islamophobia, it broadened its request to a resolution on "defamation of religions" that would criminalize words and actions perceived as attacks against religion.

Opponents, in particular the U.S. and E.U., maintained that the resolution could also be used to restrict religious freedom and free speech, and foster religious intolerance and violence against religious minorities Indeed, in recent years attacks against Christians and other religious minorities have risen in Egypt, Malaysia, Sudan, Afghanistan, Bangladesh, Indonesia and Pakistan. These conflicts have varied from acts of discrimination to the bombing and burning of churches and murder.

Pakistan's blasphemy law exemplifies the issue. In 2009 Asia Bibi, a Christian and 45-year-old mother of four was sentenced to death on charges of insulting Islam, a charge she strongly denied. The case sparked international outrage that was heightened in 2011 by the brutal assassination of Salman Taseer -- the governor of Punjab and an outspoken critic of the blasphemy law, and the assassination of Pakistani Chief Minister Shahbaz Bhatti, a Christian and outspoken opponent of Pakistan's blasphemy law.

The United Nations Human Rights Council recently ostensibly resolved the conflict over "Defamation of Religions." After close discussions with the U.S. and E.U., Pakistan introduced a compromise resolution on behalf of the OIC, which addressed the concerns of both the OIC and those of member states and human rights organizations, including the U.S. Commission on International Religious Freedom.

The "Combating Discrimination and Violence" compromise resolution affirms individual rights, including the freedoms of expression and religion that are part-and-parcel of the United Nations Universal Declaration of Human Rights. At the same time, the 47-member state body also called for strengthened international efforts to foster a global dialogue and the promotion of a culture of human rights, tolerance and mutual respect.

But will this U.N. resolution prove to be an effective tool in combating the rise of Islamophobia? A clear sign of the limits of the resolution can be seen in the stunning verdict in Geert Wilder's acquittal. Wilders' track record includes the charges that "Islam is a fascist ideology," "Mohammed was a pedophile," and "Islam and freedom, Islam and democracy are not compatible" and warnings of a "tsunami" of Muslim immigrants. Wilders' "missionary" efforts have extended other parts of Europe to the US where his admirers refer to him as a "freedom fighter." Plaintiffs had charged that Mr Wilders' comments had incited hatred and led to a rise in discrimination and violence against Muslims. But Judge van Oosten ruled that although he found Wilders remarks "gross and denigrating", they had not given rise to hatred. Spiegel Online's headline of the acquittal read "Wilder's Acquittal a 'Slap in the Face for Muslims.'"

The exploitation of freedom of speech to promote religious intolerance emerged only days after the Wilders' decision. Stop Islamisation of Europe (SIOE) and Stop Islamization of America (SIOA), a coalition of far right anti-Muslim European and American groups billing themselves as human rights organizations, had scheduled "United We Stand: First Transatlantic Anti-Islamization" in Strasbourg, France on July 2. On June 28, French and EU authorities' cancelled the conference. In response, the Islamophobic cottage industry and their websites' headlines blared: "Free in speech rally cancelled in Strasbourg over Muslim violence threats" and "Democracy Collapses in Europe: EU Cancels SIOA/SIOE Free Speech Rally."

Freedom of speech is a precious right that must be guarded carefully. But what happens when that right is used to incite hatred and to feed religious intolerance, such as Islamophobia, that is spreading like a cancer across the United States and Europe? While some statements may not immediately be the direct cause of a specific act of violence, they spread seeds of intolerance and anger that lead to legitimizing and accepting acts of bigotry and hate, like the "Burn a Quran day" that took place in Florida, the desecration of mosques, physical attacks against Muslims including women and children. As a result, the public slowly becomes inured to Islamophobic actions and statements. At the same time, this ideology of hatred has a very real effect on the everyday life of Muslims and Arabs: issuing in verbal attacks from their community members, Islamophobic statements by political candidates, or law-enforcement policies that target Muslims and Arabs.

The issue of freedom of speech and the rights of hate groups is not new in American history. Even today, the Ku Klux Klan, neo-Nazi and anti-Semitic organizations are allowed to express their disdain for certain ethnic and religious groups, regardless of how distasteful their ideologies may be. However, their power to attack has greatly diminished and their words have become a social taboo in the public square because our country has created a social environment where racism and anti-Semitism are loudly condemned and discredited in public life and in media. Muslim Americans and Europeans are entitled to the same treatment, rights and protections.

Islamophobia and its impact, like racism and anti-Semitism, must be countered by creating a climate in which hate speech and discrimination in the public square are not tolerated even when bigots exploit freedom of speech. Today, one can engage in anti-Islam and anti-Muslim hate speech and threats in print, media, and protest rallies that promote a popular culture that paints the religion of Islam, not just terrorists, as a threat to America. These preachers of hate and Islamophobia must be rejected and marginalized. Their mission to polarize our society must not be allowed to threaten our belief that religious tolerance and free speech are indeed compatible.