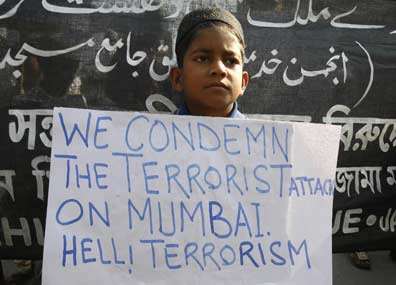 After the latest terrorist outrage in Mumbai (Bombay), we received quite a few emails asking why we do these terrorist acts and why we support terrorism. There were also emails informing us that we are going to hell, etc, etc.

Believe it or not we Muslims hate the terrorists as much as the people who are victims of terrorism. Muslim organisations do condemn terrorism and find no joy in innocent being killed. In Mumbai, the Muslims marched against these terrorists as well and burned an effigy of what they said represents terrorism. 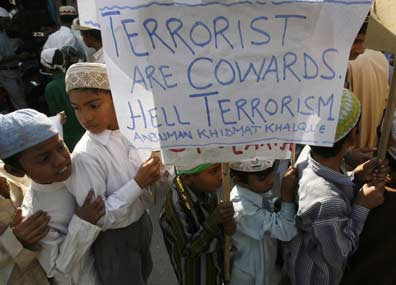 Yet we see again and again that some Muslims are willing to go ahead and kill people in the name of Islam.

Quran which is the same worldwide and followed by every Muslim regardless of their sect or beliefs clearly state that "Whosoever kills an innocent human being, it shall be as if one has killed all humankind, and whosoever saves the life of one, it shall be as if one has saved the life of all humankind. - Al-Ma'idah 5:32" and in another verse Allah says, "…take not life, which God hath made sacred, except by way of justice and law: thus doth He command you, that ye may learn wisdom. - Al-An`am 6: 151"

Muslims must remember that Prophet Muhammad (pbuh) laid out ethics of war and in that he clearly stated that "Do not kill any old person, any child or any woman. (Reported by Abu Dawud); Do not kill the monks in monasteries (Musnad Ahmad ibn Hanbal)" Also during a war, the Prophet (peace and blessings be upon him) saw the corpse of a woman lying on the ground and observed: "She was not fighting. How then she came to be killed?"

Muslims have to find out these people among themselves who are willing to disobey Allah and the Prophet (pbuh) and the non-Muslims should try and understand that we Muslims are ourselves victims of terrorism and rather than questioning us, work with us to root out this problem.
Posted by Zafar Khan at 10:22