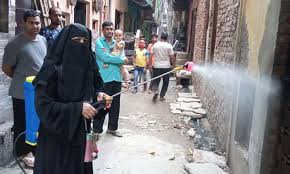 In late March when India announced the lockdown to curb the spread of the coronavirus pandemic, everything came to a grinding halt in the country of 1.3 billion people. Millions of migrant workers, students, and tourists got stuck in cities and towns far away from their homes. Most of the migrant workers earn daily-wages, so as the days passed they struggled to make ends meet. The needed succour but the government appeared to have abdicated its responsibility.

It was then that civil society groups of different shades came out to provide relief to the stranded migrant workers and their families. These included established aid agencies, political parties, community collectives, student initiatives, and religious groups. Everyone is helping in their own way and in some cases, the groups collaborated with each other to amplify the efforts.

But the way Muslims have responded to the crises is unmatchable. Muslim volunteers in India are at the forefront of the relief efforts to help the needy. They have set up community kitchens across cities and towns from North to South and East to West of the country. They prepare food and water which they feed to those either stranded or walking their way home.

These efforts are run from offices, community centres, homes, roadside points, and mosques where rations are collected and then distributed among the people in a coordinated manner. The volunteers have created WhatsApp groups for better coordination and make effective use of social media to mobilise the volunteers and raise funds for the relief work.

During Ramadan when Muslims were observing fast, numerous videos popped up on social media showing Muslim men racing to help the needy walking under the sweltering sun. Facebook and Tik Tok, the popular video-sharing app, is rife with videos showing Muslim volunteers supporting skull caps on highways handing out food and water packs to the migrants making their way home on foot, bicycles, buses or trains. They carry banners inviting the travellers to stop for a free meal.

The volunteer efforts have soothed the problems of the travellers amidst a mounting migrant crisis due to lockdown. Some estimates suggest that 170 people have died while they were trying to reach their destination during the lockdown. Most of the deaths happened due to accidents but some died of hunger and exhaustion.

Though the government has started special trains, the services are marred with problems like waiting in long queues, screening of passengers, and lack of onboard facilities which has forced many to take the arduous route – they ride bicycles or prefer walking hundreds of miles to reach their home as the uncertainty about work in future looms large.

People are tweeting out stories under the hashtag #MuslimSaviours to highlight the role of Muslims in alleviating the migrant crisis triggered by the lockdown.

There have also been numerous reports of Muslims coming out to help perform the last rites of their non-Muslim neighbours when their community members failed to do so because of the coronavirus scare.

In the city of Pune, Muslims donated around 50 thousand USD in charity to a hospital to equip itself for setting up COVID Intensive Care Units.

In the same city, a group of Muslim men are feeding fooder to the stray cows unable to satiate hunger in the lockdown. The cow is a sacred animal for Hindus and in recent years Muslims have been subjected to mob violence by Hindu extremists on the suspicion of cow slaughter.

However, Muslim generosity towards those in need of assistance has come amidst a renewed wave of hate crimes against Muslims including physical assaults, verbal abuse, open discrimination, and social ostracisation. They are being falsely accused of spreading coronavirus.

Hatemongers on TV speak of terms like corona-jihad and corona-bombs. This is the result of a vilification campaign systematically carried out by a large section of mainstream and social media against Tablighi Jamaat after their Nizamuddin Markaz in New Delhi emerged as one of the Coronavirus clusters. In several instances, people associated with Tablighi Jamaat have been subjected to violence both by mobs and police. In one episode the mob charged against a group of Muslim relief workers who were proving food to stranded migrants in the city of Banglore.

But what explains the reasons behind this generosity despite being subjected to hate and violence?

Syed Sadatullah Hussaini, a community leader, heads a Muslim organisation called Jamaat e Islami. While addressing the Muslims of the country in a press statement on the eve of Eid, he urged them to be ready for the service of humanity:

We must not get distracted by the negative propaganda unleashed by some sections of media against Muslims. We must communicate the noble and pristine teachings of Islam and focus on this task with complete confidence and concentration.”

Hussaini appealed to his community to “consider the problems of fellow countrymen” to be their problems.

In the city of Bhopal in central India, Hussain’s organisation is passing out food, milk, and sanitary napkins to the migrant workers walking home.

“We are happy at the tremendous and extraordinary social work done by our youth, elders, and women during the lockdown. We are proud of them and want the entire Ummah to emulate this practice to the extent that it becomes a part of their identity. Muslims must be seen as the benefactors and saviors of humanity and assets for the country.”