The Imam and the Rape Victim 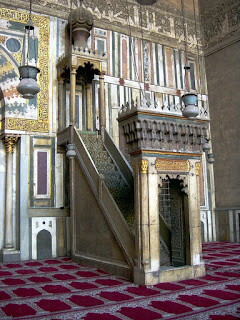 Imam Abdul Razzaq is not famous. He has probably never been outside of his native Pakistan, let alone his small village of Meerwala. You’ll most likely never see him on television or read about him much. But he has done what many Imams and most men still find very difficult to do: defend a gang-raped woman in the face of other, more powerful (and armed) men.
On an otherwise ordinary Friday in June 2002, Imam Abdul Razzaq gave a Khutba. But not just any Khutba – it was a sermon with shock value. In it, he condemned the gang rape of Mukhtar Mai, which had occurred a few days earlier. Mai was a young woman whose teenage brother was falsely accused of engaging in a relationship with a woman from a “higher” tribe. The punishment for this, according to village elders was for his sister, Mukhtar Mai, to be gang-raped by men from the “offended” woman’s tribe. And that she was.
After being raped and paraded naked in front of hundreds in a place where women do not venture outside without being modestly dressed, and billboards of semi-clad females are virtually non-existent, Mai contemplated suicide.
This traumatized woman would have done it – until Imam Abdul Razzaq knocked on her door.
The Imam convinced both Mai and her father to press charges. He went with them to the local police station and helped them report the incident. Then, he delivered his Khutba and called a journalist to give the crime publicity. Once the article about the horrific attack came out, the news spread first within Pakistan. Then, a few weeks later, the BBC picked it up and brought it to the world.
The publicity gave Mai the strength countless women raped in similar fashion never received. It gave her courage in the face of the seemingly insurmountable mountain of misogyny.
Imam Abdul Razzaq never received rape crisis training; he did not complete a degree in Women’s Studies; he was not pressured by Western non-governmental organizations (NGOs), nor has he ever lived in a part of the world where discussions about women’s rights, women’s equality, feminism or gender justice take place. His village, at least at the time of Mukhtar Mai’s rape, had virtually no electric power service and no telephones.
But Imam Abdul Razzaq received a different kind of training. It was in not just reading and memorizing the Quran, but truly living by its commands of justice.
“O you who believe! stand out firmly for justice, As witnesses to Allah, Even As against yourselves, or your parents, or your kin, and whether it be (against) rich or poor: for Allah can best protect both. follow not the lusts (of your hearts), Lest you swerve, and if you distort (justice) or decline to do justice, Verily Allah is well- acquainted with all that you do” (Quran 4:135).
Imam Abdul Razzaq knew that rape is wrong, regardless of how often it happens, who it happens to, or where it happens, whether it is in the alleys of Meerwala or on the streets of Manhattan. Imam Abdul Razzaq also knows that giving Khutbas is necessary, but to truly stand up for what’s right, especially for a woman whose cries are normally unheeded by the society around him, requires action.
This great, underappreciated Imam, also understands that violence against women is not a “women’s issue”. It is a men’s issue as well. In fact, it is very much a “Muslim issue”. It is about the core of Islamic teachings: justice for the weak, and standing up for what is right in every way we can, with every tool at our disposal.
During this month of March, which is Women’s History Month, Imam Abdul Razzaq’s example is one more Muslims should highlight, discuss, and emulate. He is an example not only for Imams and male Muslim leaders, but Muslim men across the board.
May Allah make us just to all, especially the weakest and most vulnerable of our communities, following the lead of Imams like Imam Abdul Razzaq.
Sound Vision team conveys its Salam to Imam Abdul Razzaq and to Mukhtar Mai. Both symbol of courage, wisdom, and justice.
Peace,
Abdul Malik Mujahid, Sound Vision