Patriarchy and misogyny are universal issues not Muslim ones.

I just loved this comment from the FB of sister Sahar Al-Faifi. Very inspiring sister indeed. 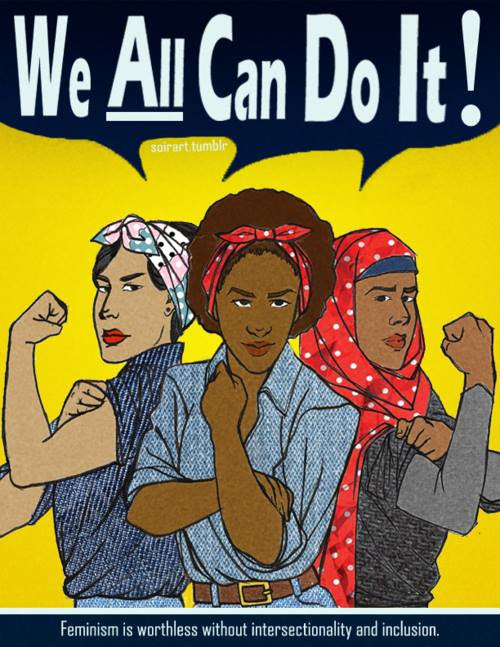 Patriarchy and misogyny are universal issues not Muslim ones. If we agree on this, one might become more receptive to recognise these problems in order to tackle them. Nevertheless, if one is adamant to blame a group for these social ills, then one may blame the ancient Greek philosophers that invented patriarchy and misogyny in the first place, thousands of years ago.
The truth is that many Muslim women are being spiritually abused and emotionally blackmailed.
Many Muslim women are told that being vocal and expressive is immodest because her voice is Awra (shame).
Many women are told that for her to take a leadership role is disastrous, because "There is no good in a nation ruled by a woman!".
And many women are told they can't think or be strategic and are overly emotional because they are "deficient in their intellect and religion ..."
The saddest thing is that there are women who internalise these ideas and limit their potential in the fear of losing opportunities that are already set up by this patriarchal thinking.
To those women, allow me to whisper in your ears and say: "We have certainly created human in the best of stature" Qur'an 95:4. There is nothing inherently flawed in our creation, whether men or women and none are inherently deficient in anything, based on gender.
"Never will I allow to be lost the work of [any] worker among you, whether male or female; you are of one another" Qur'an 3:195. My dear sister, you CAN do everything and CAN be anything you want and you know what, whatever work you do will not be wasted as long as it is for the Lord's sake. You can be a mother, sister and wife and at the same time, you can be a scholar, mufti, pilot and even a military leader! We have the great example of Aisha, the wife of the prophet Muhammad (PBUH). She was a versed Islamic scholar and a military leader at the same time, so other female companions of the prophet and if one argues that they did mistakes, I'd say so men too. Do not allow anyone to tell you that you CANNOT because you are a WOMAN!
My dear sister, your voice is Thawra (revolution) and NOT Awra (shame). Be vocal against injustices, speak your mind like no tomorrow and do not be afraid of anything, because you know what, whatever happens is already written!
Dear sister, upholding justice is our human duty whether men or women so do not exclude, shun or demonise men and have them as your allies. God says "The believing men and believing women are allies of one another. They enjoin what is right and forbid what is wrong" Qur'an 9:71
So make your resolution for 2018 to be the I CAN woman, tell me what are you going to do