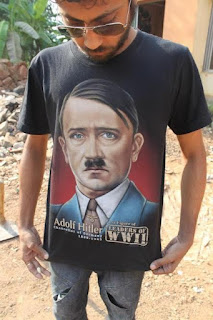 Earlier this week, Human Rights Watch released its annual review of human rights around the world. In its report, the international NGO claims India’s ruling Bharatiya Janata Party (BJP) is proactively promoting Hindu supremacy at the expense of fundamental human rights for minorities, specifically Muslims.
In 2017, there were nearly 40 attacks carried out against Muslims and other minority communities, with many of the attacks perpetrated by Hindu extremist groups affiliated with BJP. In the years 2010 to 2017, Muslims were the targets of 51% of terrorism attacks, and comprised 86% of terrorism related fatalities. Significantly, 97% of these attacks have taken place in the years since Modi’s right wing government came to power in 2014.
Mob lynching, attacks carried out by anti-Muslim vigilante groups, and gang rape now characterize the reality for India’s 130 million Muslims.
“Indian authorities have proven themselves unwilling to protect minority religious communities and other vulnerable groups from frequent attack,” says Meenakshi Ganguly, South Asia director at Human Rights Watch. “There needs to be a serious effort to prevent future attacks and to prosecute all those responsible for the violence.”
But India is doing the exact opposite of that! In fact, when Muslims report their attack to Indian authorities, the Muslim victim is often charged with inciting the violence, while his/her Hindu attacker is exonerated of all wrongdoing.
It begets the question: what the hell is going on in India, the world’s largest democracy?
India, like the rest of the planet, seemingly, is being swept up in the rise of ultranationalist fervour, opportunistically mobilized by far-right parties for easy political gain.
But what is nationalism? While the term lacks an adequate working definition, it is understood best when juxtaposed against patriotism, whereby the latter is defined as love of country, while nationalism is “love of country combined with dislike of other countries, their peoples, or their cultures,” according to Alex Nowrasteh.
Nationalist driven ideals lead towards policy that restrict immigration, harrass minority communities, and pivot around the notion of defending the country from external threats, or, rather, from “imaginary harms.”
Hindu nationalism, however, is the dislike of other countries, peoples and their cultures, but on anabolic steroids. And by performance enhancing drugs I mean the memory and uncompromisingly hideous legacy of Adolf Hitler.
“Admiration for Nazism — often reframed with a genocidal hatred for Muslims — is rampant in the Hindu nationalist camp, which has never been as mainstream as it is now,” says Shrenik Rao, the famous Indian filmmaker.
Rao’s claim is not some kind of frivolous invocation of Godwin’s Law, nor is it commentary made in the abstract. The popularity of Hitler and Nazism within Hindu nationalist culture is both measurable and observable, and in terrifyingly more ways than you might think.
Hitler’s Cross restaurant in Mumbai: 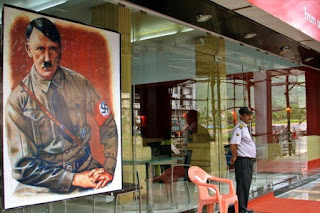