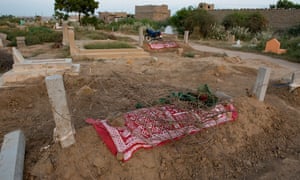 Ghani had tried several times to get permission to marry her, but was rebuffed. Eventually, the pair fled, with cash and jewellery she had stashed away.

They had made it to Hyderabad, three hours west, when Bakhtaja’s father called and said the families had agreed to the marriage and would let them return safely. It was a trick.
The fathers had, in fact, come to a settlement. Muhammad Afzal, Ghani’s father, had pledged to give Hikmat Khan, Bakhtaja’s father, two of his own daughters, a cow, and PKR 500,000 (£3,538) for the wedding. They meant to keep the agreement a secret.
But an older relative, Sirtaj Khan, got wind of the deal and exposed it to the community, insisting that the couple be put to death. Instead of braving the supposed public embarrassment, the fathers agreed with Khan to make an example of their children.

“He is an evil-minded person,” one local resident said of Khan.
While the fathers and two uncles were subsequently arrested, Khan fled for Kunar in Afghanistan. Ghani and Bakhtaja’s story was retold by neighbours, relatives and police.
In Karachi, murders within the family, though rarely publicised, are becoming more common, said Zia Ur Rehman, a journalist with the News who broke the story.
Advertisement
“Immigrants bring their own culture, rules and other things with them when then they move to urban centres,” he said. “In Karachi, instead of going to regular courts, some tribal people adopt their own traditional way of justice.”

Bakhtaja and Ghani are buried 10 metres apart in the local cemetery, their graves dug between shrubs and covered with red cloth still not faded by the sun and dust. Ataullah, a gravedigger, said the bodies were charred from burns when they were lowered into the ground.
Female relatives of the couple, who were not available for interviews, were “removed” from their houses when punishments were meted out, neighbours said. After the murder, Bakhtaja’s mother told human rights defenders: “I forgive him,” meaning her husband.
“The women are vulnerable and scared. They want their men back,” said Rahman, of Aurat Foundation. The arrest of the culprits left the women without financial support. Yet they don’t seem to condone the actions of their husbands.

“The girl’s mother is in a very bad state. She has stopped speaking,” said one relative who wished to remain anonymous.
Ten days after the murders, Karachi was hit by heavy monsoon rains that flooded the streets with muddy water and wrought havoc on the city. Dozens of people were electrocuted. It was God’s punishment for killing the teenage couple, the local women told each other.

See more on this at Islam Awareness
Posted by Zafar Khan at 09:00