The Contradictions of Hajj, Through the Lens of a Smartphone 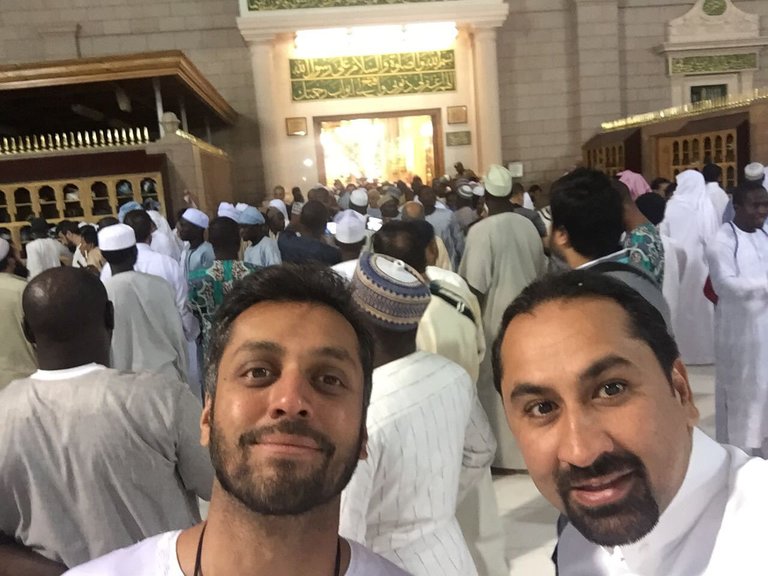 In Mecca, I hiked nearly an hour under the remorseless afternoon sun to visit the Cave of Hira, where the prophet is believed to have received his first revelation: “Recite!” There are no golden signs, air-conditioning, wheelchair ramps or video presentations here. The austere cave used to offer a clear line of sight to the Kaaba, but now the view is now obscured by that monstrous, $15 billion, Saudi-government-funded clock tower and the accompanying world’s tallest hotel.

That tableau is a perfect symbol of the strained marriage between the house of God — the Kaaba, in Mecca — and the House of Saud, which controls everything related to the sacred mosques. In adherence to the reactionary religious ideology it embraces, the government has allowed the prophet’s house to fall into decrepitude. It has flattened the home of his first wife, Khadija, and installed public toilets where it used to stand. But it has no objection to the construction of extravagant hotels not far away.

These government’s conflicting values were on display wherever I looked: While non-Muslims are forbidden from even entering Mecca, everyone is free to eat American Hardee’s hamburgers or KFC fried chicken, or buy a Rolex watch across from the Kaaba. It’s forbidden to excessively venerate the prophet and his companions, but there’s no problem with the giant posters of King Abdulaziz, King Salman and his son, Crown Prince Muhammad bin Salman, that are all around town.

But whenever I found myself lamenting the ugliness and hypocrisy of these elements of my journey, the people I met reminded me why I was there, with displays of untarnished spirituality. In the prophet’s mosque, local people brought bread, dates and milk to feed fasting pilgrims. Children begged me to eat from the plates they had prepared, hoping to gain some of the blessings. In the desert plain of Arafat, east of Mecca, I walked with nearly two million pilgrims to the Mount of Mercy. Men and women offered whatever they had: water, food, ice cream, a helping hand for a wheelchair-user. They shared the shade under their umbrellas, and sometimes even the clothes off their back with fellow pilgrims. We were united in a shared journey: seeking to find forgiveness, mercy and salvation.