Gang Rape and murder in Bangladesh 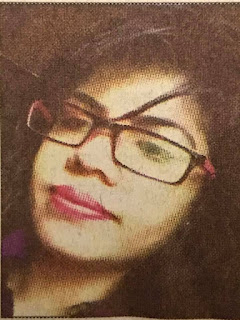 From Faceboook of @taqbirhuda ‏
This woman, Rupa, was gang raped in a moving bus by 5 bus helpers near Mymensingh, Bangladesh. Because she had the audacity to scream the rapists broke her neck, killed her and threw her body out of the bus when passing a secluded area. She was on her way back home after giving a registration exam in a neighbouring city.
At one point when all passengers got down from the bus helper Shamim dragged Rupa to the back and attempted to rape her. In a state of utter helplessness, she offered Shamim all the money she had and her mobile phone and desperately pleaded to be let go. Shamim accepted her offerings but still went on to rape her. Then, two other helpers, Akram and Jahangir, also decided to join in and took turns raping her while the bus driver Habib kept on driving without a care as Rupa's horrendous ordeal unfolded.
This is almost identical to the notorious 2012 Delhi rape case which sent shockwaves around the world. Yet Rupa's horrific gang rape and murder incident is barely sending shockwaves in her own country. A few impersonal and perfunctory news-reports here and there, a few words of anger in response to them but nothing we won't eventually forget in a day or two because that's how desensitised we've become to the ever frequent phenomenon of violence against women.
She was an aspiring lawyer working for an MNC, with hopes and dreams she couldn't live to fulfil. Where is her story? Where is the nonstop coverage? Where is her photo in the leading English dailies? Where is her basic right to safety in something as ordinary and routine as bus travel? Most importantly, where is the outrage and impetus for change?