When the Netherlands Had a Muslim-Majority Empire 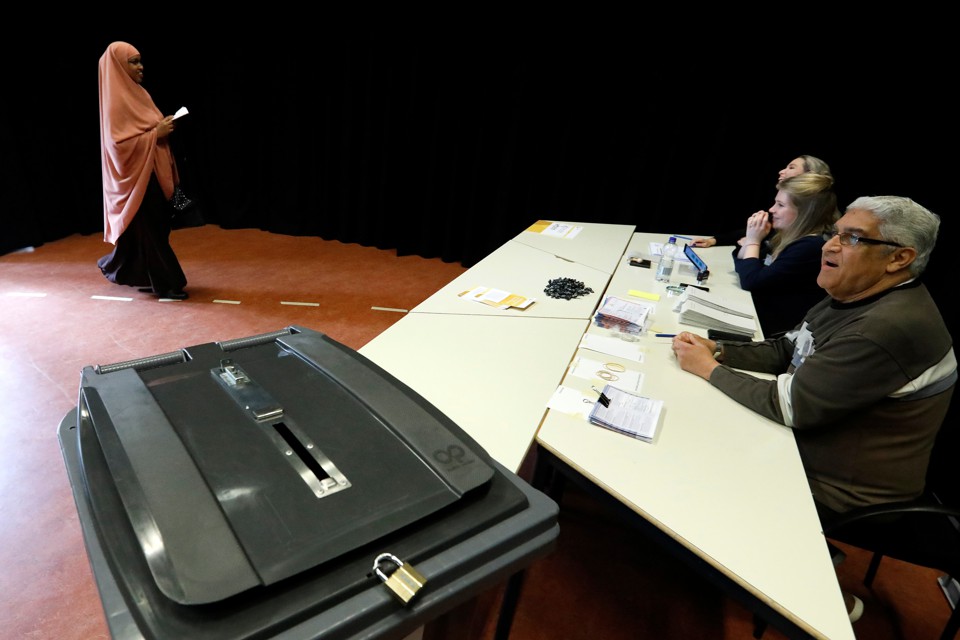 A woman arrives at a poll station to cast her vote in the Dutch general election in The Hague, Netherlands on March 15, 2017

The war did little to soften Dutch imperial ambitions. In 1946, while Nazi leaders faced prosecution in The Hague in the Netherlands, Dutch soldiers were rounding up and slaughtering Indonesian freedom fighters in a brutal counter-insurgency designed to take back control over their former colonies. Indonesia has claimed that 40,000 died after World War II in a years-long killing spree by the murderous Dutch captain Raymond Westerling on the eastern Indonesian island of Sulawesi.

But while the Netherlands’s historical intolerance of Islam and suppression of Islamic practices and movements in their colonies are a matter of record, many Dutch have yet to grapple with their nation’s colonial legacy. Henk Schulte Nordholt, professor of Indonesian History at the University of Leiden, said that Wilders’s rise reflects the Dutch people’s ignorance of their own history. After the disintegration of the Ottoman Empire, the Dutch empire “was the biggest Islamic empire, without many people in the Netherlands really realizing that,” he added.

There has been some progress. The Dutch government has begun paying modest reparations to some of the widows of Indonesians executed during the Netherlands’s attempt to recolonize Indonesia after World War II. But this is only a first step. “We tend to discover new cruelties in our colonial past and then instantly  forget it so next year there is a new revelation and new discovery. It’s a very structural amnesia.” Contributing to this amnesia is the fact that only a small number of Indonesians moved to the Netherlands after the 1960s, making the country’s colonial legacy even less apparent, Nordholt said.

As a result, the Dutch have managed to preserve their self-image as a historically liberal, tolerant nation, distinct, say, from their German neighbors to the east. As with many other self-professed liberal nations, like the United States and Germany, Dutch enlightenment values have always clashed with baser, tribal impulses in the nation’s politics.

Geert Wilders’s anti-Islam rhetoric Islam recalls earlier eras of Dutch politics. His anxieties over a supposedly Islamicizing nation are distinct from imperial Dutch worries about Islam providing a vehicle for anti-colonial resistance. Nonetheless, historical ignorance in the Netherlands helps explain why so many Dutch view Islam as foreign even though the religion is deeply tied to their country’s history.
“People have no idea,” Nordholt said. “There is ongoing amnesia about the colonial past.”