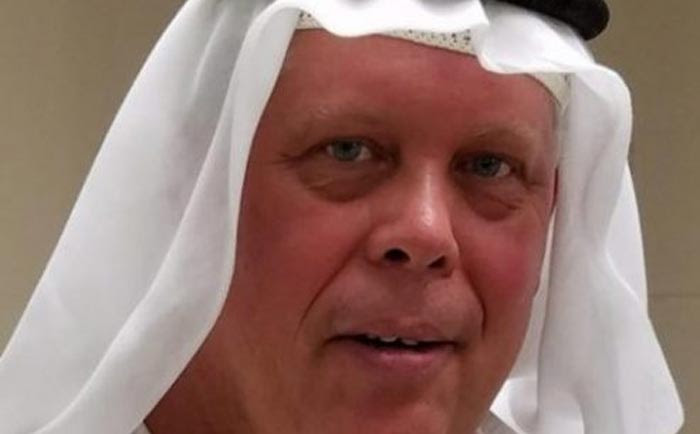 Richard “Mac” McKinney, the Ball State senior and retired Marine sergeant, is the president of the Islamic Center of Muncie, Indiana, and he’s making efforts to “educate and inform” people about the true Islam.
This was not the case eight years ago. At that time, young McKinney says he used to hate Islam so much that he wanted to blow up a local mosque.
“A lot of people can’t believe it at first, or they’re just really surprised altogether when they hear me talk about this,” McKinney, 49, told USA TODAY College on Thursday, March 9.
“I used to have a lot of hatred [towards Islam], but it just took getting to know more about it and actually understanding what it was about for me.”
Serving for long years in the Middle East, the retired Marine sergeant spent most of his time “on the ground.”
“I have seen things I will never discuss with anyone,” McKinney said.
“I didn’t hate Islam then, but many of the things I saw were a reason why I felt the way I did later on.”
Coming home, he wanted to make a statement as a self-proclaimed nationalist. Destroying a mosque was part of his thoughts.
“I don’t think I could have hated Muslims much more, I mean I just really had a true hatred,” McKinney said.
“Nobody knew about what I was planning to do, though. I wanted to do this on my own – I had the place scoped out and everything. I didn’t even care if I got caught, I just expected that would be part of what happened anyway.”
Source