Was Osama Bin Laden my neighbour? 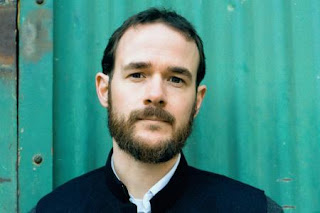 Dawud Wharnsby, Canadian born singer songwriter, moved to Abbottabad in Pakistan to be close to his wife’s grandparents. On Monday May 2, 2011 he found that this quiet town was suddenly the centre of an international incident. Osama Bin Laden had apparently been living there until US forces stormed his compound and shot him dead. Dawud reflects on local reaction amidst the poverty that he witnesses all around him.

Gosh, I thought that Chai seller looked familiar! Tisk tisk tisk... friends:
as Benjamin Franklin is reported to have said,
"Believe none of what you read and half of what you see."

Around 1:00 am, while my family and I were sleeping, I awoke to the sound of a helicopter, gun-fire and then an explosion which shook the house. We live near a military academy where we always hear gun-fire, helicopters and explosions - so I didn't think much of all the noise other than, "Gosh, does that academy have to conduct their training manoeuvres at such crazy hours!" (I am against guns and modern warfare and living next to a military academy is the only thing about this otherwise quiet town of Abbottabad that I dislike, but we wish to stay near to my wife's grandparents who have lived here most of their lives.)

The next morning, we received a call from my in-laws in America who had been watching Geo News the night before and heard about a helicopter crash in a residential district of Abbottabad. They wondered if we were alright or had been awakened by any noise. They expressed concern that the news story seemed “odd” and my wife and I agreed. Normally the local Pakistani Military Academy (PMA) would not use helicopters in our mountainous region for “test” manoeuvres, but rather, only for flying in/out military officials or perhaps for occasional air surveillance during academy events - and rarely at night. Thus, we were all somewhat confused.

A few minutes later we received a nervous call from another American friend living in Pakistan who was concerned for our security and urged us to “keep a low profile” - not because of an accidental helicopter crash in our neighbourhood, but because President Obama had just announced that Osama Bin Laden had been captured and killed near Abbottabad.

After breakfast, I went to drive my wife to the school where she works only to find the roads near our home, and the very road the school is on in an area called Bilal Town, were all closed by police and media. It was there we realized that the two stories were indeed being linked together by the media, and where we also realised that all eyes in the world were suddenly on our quiet little mountain town.

What are the only facts I can provide? There was indeed an explosion in the night and roads were indeed closed in the morning in Bilal-town and Kakul village, sub-urban areas of Abbottabad where there are indeed large scale homes, as described by various media reports.

At the end of the day - we only know what others tell us and, given the state of politics in the world today, I am sceptical at the best of times about who’s version of The Truth to believe. The death of anyone, in my opinion, is never something to party in the streets about. It is something that should make us all reflective, humble and cautious about how quickly we judge others, and how easy it is to justify killing with what is perceived as "divine right”.

Whatever happened in the night a few miles away from my home - the news that has spread world-wide today could potentially erupt into more bloodshed if it is not handled with care and humility. We mourn the losses of 9-11, 7-7, all the bloodshed that has since occurred in Iraq and Afghanistan, all the soldiers and civilians worldwide who have been lost over these past many years.... So if Osama Bin Laden was our “Bogey-man”, and if indeed he's now dead... can we all just stop the killing and hate? Or will the world just find another Bogey-man to chase so we can all justify wars that benefit the rich and keep the poor destitute?

Like the sticker on my guitar case says: "It will be a great day when schools have all the resources they need, and the air force will have to hold a bake sale to buy a new bomber."

It might be worthwhile also noting my thoughts on the local people's reactions to the news the US has just released, and to the celebratory reactions of some Americans in large cities like New York and Washington.
People here - my neighbours - are scared of vigilante "reactions" to the news. Parents are worried that schools and public places may become unsafe if impassioned individuals "react" to the "celebrations" they see on TV from parts of the USA. People are also sombre, not because there was public support for OBL or what he or others ideologically aligned with him might think - but because, generally speaking this news - good/bad/however you choose to take it - does not really change the lives of poor people here. 20 years ago people here were poor... now, after all that's happened in the world - the poverty has only increased for the majority of Pakistanis.


I have been asked, “Are local Pakistani people angry with American’s for dancing over the death of OBL?” Firstly, that would suggest that most Pakistani people actually thought highly of him or supported him, and secondly, it would also assume that Pakistani people are so absorbed with US culture that they are just sitting by their TV sets waiting to see how American citizens do things.

So to set the record straight - the citizens of Pakistan that I interact with day in and day out do not support fundamentalist approaches to religion or politics and do not consider OBL a “leader”. I'm a Canadian born musician with very liberal political, social and religious views - yet my opinions, music and lifestyle are embraced more warmly by Muslims here in Northern Pakistan than by most Muslim communities in Canada, the USA or England! Secondly, the people here in the region of Pakistan where I live tend to be very sombre, majestic and dignified. They are not constantly taking cues for their lives from other nations and cultures. If Americans want to dance - Pakistanis won’t get in their way. Pakistani’s love to dance! Here in the villages - weddings are great fun - full of dance and song…. but death? It makes people sombre and introspective, bringing out their humility before God and in respect of justice.

Through the tragedies in America and UK and the wars that followed in Iraq and Afghanistan, few American citizens or British subjects went without bread or milk. Even with rising gas prices highways are bumper to bumper in both countries with single occupant vehicles. Here in Pakistan, people cannot afford vegetables, sugar, wheat or lentils, - much less a tank of gas at US prices - where most people earn about 6-7000 Rupees (approximately $85 US dollars) a month to live on.

Talk of Afghanistan? EVERY morning I watch the Afghani refugees in my neighbourhood - the women and young girls cutting grass by the roadside and carrying sticks on their back to have kindling for the evenings, and the young boys sifting barefoot through garbage piles looking for things to sell for recycling. For them today is just another day looking for food as refugees from a country that has been wiped off the map. A country that once-upon-a-time was a hub of civilization, culture and learning.

So how are local people reacting? Last night we were attending the birthday party of a friend who turned 12 years old. His father died three years ago due to poor medical attention for a heart condition and his mother raises him and his two siblings alone. 75% of her monthly salary as a teacher goes toward rent and she has about $35 left for all other household needs (including food). To make things worse, their family were just evicted from their home by a wealthy landlord (who manages several homes and also has wealthy family over in Dubai) demanding more rent. They have nothing against Americans - or me as a foreigner - and they have no support for a man like OBL. How are they reacting to the news? I don't think they have time to celebrate in the streets - they are too busy trying to survive.

Some of you have asked me, “What can we do for those who are struggling in Pakistan?”

Though an easy answer may be for me to suggest we help by donating money to such-and-such organisation. However, in our world we've become so accustomed to just "buying" things. We see something we want - we buy it cash or credit. We see others in need, feel bad for them and make a financial donation. There is no doubt that money helps and groups like Red Cross/Red Crescent are always in need of our donations (my family and I are pleased to relate that we administrate two charities here in Pakistan: one for education and one for the building of homes lost by families in last year’s flood.) BUT - it is my belief that we are all interconnected by more than just financial paper trails. To help people like my 12 year old friend or the Afghani kids who search garbage pits near my home, I would suggest we all try to:

- Teach our children well - not just how to read and count, but about social awareness, social justice and social responsibility

- Try to live with humility, gratefulness, graciousness and compassion to others

- Examine our wastefulness. Remember, whatever we bring into the house has to be accounted for somehow. In places like North America and the UK I see much more emphasis on “Recycling” than “reducing” or “re-using”. By and large, we are not encouraged to cut back on the waste we create, we are just conditioned to buy in bulk because when we’ve tossed the plastic away, somebody else will just recycle it! Waste is waste - costs money to process and takes energy to dispose of or recycle.

- Would it not be better if we all just tried to stop being so greedy?

- Volunteer our time with others in our local community who need love, care and hope.

- Give freely and look for no reward or recognition.

- Stop living in fear of what we don't understand and try to grow in understanding.

- Stand up for justice without excuses or concern of "how we might look to others".

Here in Pakistan, the kids I pass who are shoeless and hungry are all our problem, just as all the kids in foster care or who are homeless in America and the UK are all our responsibility. Practically speaking though, I'm here and many of you folks are abroad, so let me help in my community and please get active in your own communities-always remembering: enough for you, is enough for two, and one life saved is like all mankind.