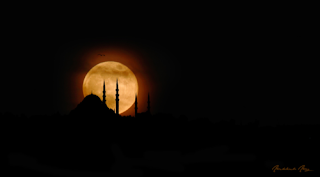 A couple of months ago I decided to take my toddler to attend Friday prayers at an Islamic centre. Unfortunately, we received looks of annoyance and comments as we entered the prayer room and sat down. Furthermore, my toddler’s crying as I attempted to pray was not well received. To add salt to the wound when another child was crying, a man on the brother’s side thought he had the authority to address the mother in the microphone and say ‘Take the baby out of the centre’. Simply put, mothers and children were not welcome and I left the centre without finishing my prayer.

So, a couple of weeks ago I decided to try out a different centre’s Friday prayers, perhaps this community was different. This time as I sat down my toddler who was fascinated by the scene of prayer mats and chadors started repeatedly saying ‘Allah, Allah’ but a number of ladies gave us stern looks because of the noise she was making so as this room was bigger I moved to the end of the room where I wouldn’t be part of the congregation but at least I could listen to the lecture. One lady came to pray next to us and after several stern looks in my direction she had a full fledged argument with a child who was quietly playing nearby telling him he was distracting her from her prayers and he was encouraging my daughter to move around. Again we did not feel welcome. Both these centres are in the UK and unfortunately these experiences of mine are not unique. Many mothers speak of how members of the congregation make them feel unwelcome in centres here, in a community that calls itself progressive.

In contrast, when I went to Iraq a few months ago I was amazed at how my daughter and I were welcomed in the holy shrines of the Ahlulbayt, which are in fact sacred mosques and not mere centres. Everyone I met there, Iraqi, Iranian, Khoja, Pakistani welcomed my daughter with open arms. During the congregational prayer the whole row I was in would look out for my daughter and pull her back so she wouldn’t go far while we were all praying. We could sit in the shrine for hours and not hear a single complaint. I would take my daughter with me to the actual shrine inside where the grave is found and pray and read, the only things I would receive from others were abundant smiles and sweets. I felt welcome. I had the opportunity to worship without human prejudice.

Our Prophet (pbuh) loved children and he welcomed them into his mosque and showed love and mercy towards them whilst he was praying. The story of Imam Hassan and Hussain (as) climbing on the Prophets back while he was praying is one we must put in to practice. He prolonged his prostration in his prayer just so they could enjoy playing on his back. Children are full of love, joy and they give one immense pleasure. If you look closely, children will show you signs of the Creator, their innocence, their marvel at life and the way they act. They should not be treated as an annoyance or a problem. They and their parents should not be shunned from the centres but must be welcomed.

The Prophet’s mosque in Medina was built to welcome the community of Muslims in to it. People used to go there to pray, to learn, to meet and to build a community. Men, women and children were welcome. What is more powerful than the words of Allah (swt):

[2:114] And who is more unjust than he who prevents (people) from the mosques of Allah, that His name should be remembered in them, and strives to ruin them? (As for) these, it was not proper for them that they should have entered them except in fear; they shall meet with disgrace in this world, and they shall have great chastisement in the hereafter.

Our duty as Muslims is to share our religion, to invite everyone to our faith, to welcome everyone in our centres so that Allah’s message may be heard by all. We cannot bring our children when they are teenagers and tell them that they must attend Islamic programmes now if they have not been nurtured in that environment, they may well protest attending. We must nurture our children in the mosque environment. If mothers continue to be alienated this way then an entire generation will be alienated, the most important generation – our children – the next generation.