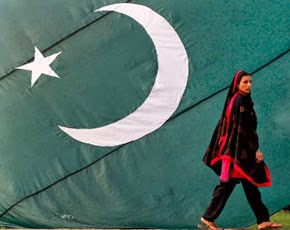 In a bid to restore the 'honour' of their tribe, two men in Bhong area of Rahim Yar Khan allegedly murdered two sisters after they had reportedly been abducted and subjected to rape by some influential landlords.

According to local police, the deceased sisters were first abducted and raped by a group of men and later fell victim to their own relatives' wrath when they returned home.

The abduction purportedly took place in Basti Gulab Khan of Mouza Muhammad Murad Dahir area on Sunday when Shah Mureed Kharu and Ali Dost Kharu, the two accused, allegedly kidnapped the siblings, one of whom was 18, and the other 20.

The victims' father claimed in the first information report (FIR) that the suspects had abducted his daughters and abused them before releasing them a day later.

The father said that he was also fearful that the members of their tribe could kill his daughters upon their return for having "smeared the tribe's name".

When the girls returned home following their ordeal, the father said, their uncle Muhammad Saleem and another relative Shah Nawaz allegedly strung a noose around their necks and dragged them to the nearby fields.

The father said that by the time he reached the crime scene, the girls had already been murdered.

The dead bodies were shifted to Sadiqabad THQ Hospital for autopsies.