Man jailed for life after running over Muslim woman in Leicester 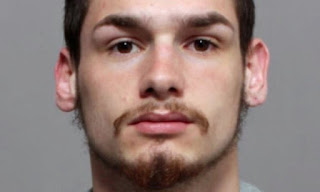 Zaynab Hussein, 47, sustained serious fractures to her leg, arm, pelvis and spine during the assault, in which Moore drove a car on to the pavement and hit her from behind, before turning it around and driving over her again.
Shortly afterwards, he drove the car at his second victim, a 12-year-old Muslim girl walking to school, knocking her bag out of her hand.
“All pedestrians were at risk from you that morning. However, the fact remains that you ultimately launched your assault on those who were in Islamic clothing.
“Your intention to kill Mrs Hussein was underlined by your wicked decision to return for a second assault with the car. It was only luck and her quick thinking that saved your second intended victim from injury.
Days before Moore’s attack in September, Ahmed Hassan had planted a bomb on a tube train at Parsons Green station, in south-west London – a fact that was “no coincidence”, Jonathan Straw, prosecuting, told Moore’s trial.
“Paul Moore’s actions were undoubtedly fuelled by his hatred of Muslims and the intent to kill his first victim was clear,” said Janine Smith, of the Crown Prosecution Service, after the sentence was passed.
“Moore had expressed a desire to run someone over and the evidence was clear that his motivation for attacking these victims was hostility towards their ethnicity and perceived religion. We are clear that this was a hate crime and invited the judge to uplift and increase the sentence. He therefore placed this in the highest possible sentencing bracket.”
In a victim impact statement, Hussein said she remained incapacitated since the incident. “I don’t understand why someone would want to hurt me, especially somebody I have never met.”
Link
Posted by Zafar Khan at 09:00