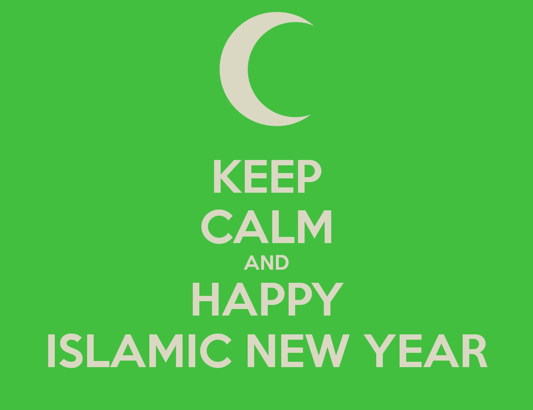 “The number of months in the sight of Allah are twelve (in a year). So ordained by Him the day He created the heavens and the earth; Of them four are sacred: That is the right religion. So wrong not yourselves therein.” (At-Tawbah: 36)

While all of us know the names of months as January, February, March,..., they belong to Roman or Julian calendar. Most people are not aware of the names of Isamic months and the Islamic calendar.

As mentioned in the Qur'anic verse above, we have 12 months as well, based on the lunar calendar.

"They ask thee, (O Muhammad), of new moons. Say: They are fixed seasons for mankind and for the pilgrimage…" (Al-Baqarah 2:189)

So what are the names of the Islamic months?

I have copied the names along with the links from Islam Awareness Homepage.

We have just started the year 1440 A.H. A.H. stands for After Hijrah. The dating of the Islamic years was introduced by the second caliph, `Umar ibn Al-Khattab, in 638 CE (16 AH) in an attempt to circumvent all the various conflicting dating systems used during his time. After consulting his companions, he set the Hijrah—the flight of the Prophet (peace and blessings be upon him) from Makkah to Madinah—as the most appropriate reference to the new Islamic era. The Hijrah, historically speaking, is the central event of early Islam, the turning point in Islamic history that led to the foundation of the first Muslim state.

Since the Islamic calendar is lunar, its year is 10 or 11 days shorter than the Gregorian year. This means that Muslim months fall in different seasons. For example, Ramadan and Hajj can fall in the summer as well as in the winter. It takes about 33 years for the Islamic dates to rotate through the solar seasons.

So what are these sacred months Allah عزّ وجلّ refers to? According to the authentic traditions are the months of Zhul Qa’dah, Zhul Hijjah, Muharram and Rajab. All the commentators of the Holy Quran are unanimous on this point, because the Holy Prophet in his sermon on the occasion of his last Hajj, has declared:

“One year consists of twelve months, of which four are sanctified months, three of them are in sequence; Zhul Qa’dah, Zhul Hijjah, Muharram, and the fourth is Rajab.”

The Holy Prophet  has said:

“The best fasts after the fasts of Ramadan are those of the month of Muharram.”

So lets plan to learn the names of Islamic months this year and hopefully we will learn more about Islam and Qur'an this way.
Posted by Zafar Khan at 14:35