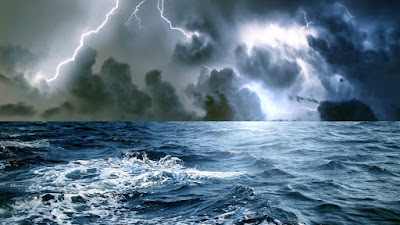 Love this brother alhamdulilah his blog his well worth reading.


I moved on from Christianity and studied many other religions.  Based on the above, all religions of cyclical time were immediately eliminated from consideration.  All religions of a polytheistic nature were also eliminated.  Christianity was eliminated from consideration and all I had left was – Judaism.  Islam was never on the list.  I did not like the ‘Islam’ portrayed by the Muslims.  Judaism seemed the perfect initial fit.  After all, Christianity developed as a Jewish sect.  And yet, after much study, Judaism itself was found wanting.

One day, the clerk at the finance office asked me, why I never thought of becoming a Muslim.  I replied quite indignantly that I would never, ever convert.  But surely Allah (s.w.t.) has a sense of humour.  One day, I passed by a bookshop in Arab street and on a whim, I bought an English translation of the Qur’an.  I read it on the bus on the way back.  And I could not put it down.  I read it over days afterward and I looked up the exegesis of the passages.  I bought a copy of the story of Muhammad (s.a.w.).  The first sirah book was Shaykh Martin Ling’s (q.s.) ‘Life of Muhammad’.  Now, this Muhammad (s.a.w.), this was a man I could follow.

It was a shock to the system and I remember that I had a very high fever for days.  I went back to Novena church almost every evening and sat in the pew outside long after the rest of the church was closed.  Only these days, I stayed until well into the morning and I had the King James’ Version of the Bible in one and the ‘Abdullah Yusuf ‘Ali (r.a.) translation in the other.  This went on for several nights.  This ummah that I read about; that was what I wanted to be part of.  And Jesus (a.s.) was no longer a Pharisee wandering rabbi; he was a prophet of God.  And Muhammad (s.a.w.) was indeed the final Messenger and the evidence of everything, I found in the Bible.  It was in the beginning that I found the end of the search.  Most importantly, the Qur’an is about tawhid.  And the exercise that I had done to find out that God is One was done, perhaps more than 5,000 years earlier by Abraham (a.s.).

Then I read the story of Pharaoh, when the seas closed in, he said, “I believe in the God of Moses.”

And God Replied; “Now you believe?  It is too late.  You had every chance before this.”  I remembered that storm in 1994 that began this journey.  But I was given that chance.  I believed in the God of Moses (a.s.), the God of Jesus (a.s.) and finally, the God of Muhammad (s.a.w.).  It was there, alone in the dark, at three in the morning, 06th December, 1999 that I said the shahadah.  I did the sujud in the church, near the altar.  It was not most conventional thing to do.  But that was how my voyage as a Muslim began.