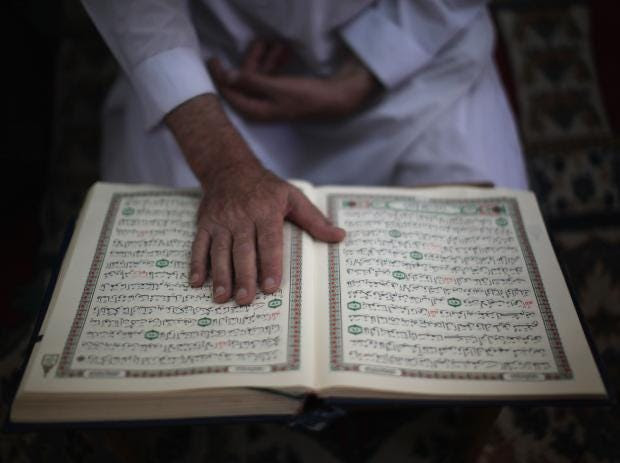 The so-called Jihadi groups, which consist of extremist Muslims of every faction: ranging from Salafis, Wahhabis, Al-Qaeda, Taliban, Isis and many more, consider themselves as advocates of True Islam. These terrorists claim that the Paris, London and New York attacks are supported and justified by the Quran.
Meanwhile, the majority of Muslims condemn those atrocities.
For those on the outside of the debate, this may seem like a confusing situation. Which side speaks the truth? Is Islam a dangerous religion?
Here are the reasons why the Quran doesn’t support the actions of terrorist groups both in the reasons for waging war and what it is appropriate to do when there is defensive justification for war.
To be frank, God does give conditional permission for Muslims to wage war; however there are strict guidelines for this which jihadists do not adhere to.
Here are some of the terms and conditions: first, Muslims cannot pre-emptively initiate a war. They are only allowed to act in defense. Muslims have permission from God to fight back only when they are expelled from their houses or lands. War can be waged if there is a situation where defenseless people are under attack and ask their Muslim allies for help. The last reason for a just war is when war breaks out between two groups of believers and one party does not intend to stop it in spite of a proposed truce.
Even for battles and fights, the Quran has set limitations and frameworks. If the enemy proposes peace, Muslims should immediately stop the war. Second, Muslims are not allowed to transgress the divine justice: “fight for the cause of God, those who fight you, but do not transgress, for God does not love the transgressors.” The idea of unrestricted, apocalyptic warfare as proposed by Isis is totally un-Islamic.  Third, Muslims have to treat prisoners of war with honour, not behead them, as seen recently in the bloody propaganda videos spread by the so called Islamic state. Prisoners should be released after the war, either in exchange for Muslims captives or only as a favour. Also Muslims do not have permission to keep prisoners of war, enslave them, or use them as future soldiers. Finally, followers of Islam are not allowed to force their religious beliefs upon their enemies.