How can we stop honour killings? 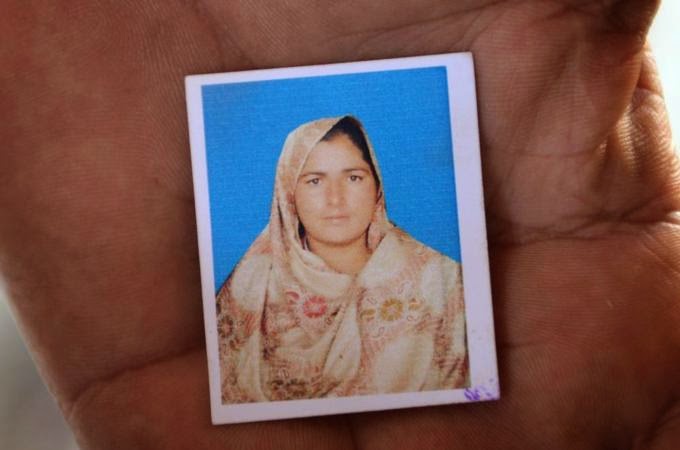 Disturbing cases of extreme violence against women from around the world have come to the fore in the past few weeks. Farzana Parveen's murder in Pakistan highlighted the country's dismal record of women killed in so-called honour killings. According to the Pakistani Human Rights Commission, 869 women were murdered in 2013 in what were said to be "honour killings".
Sensationalist media quickly picked up Parveen's story and blasted the familiar stereotypes and misrepresentations, sidelining a much-needed open discussion on misogyny.

The so-called honour killings is one manifestation of violent and criminal practices against women that seem to persist in places such as Pakistan, Afghanistan and several other Muslim-majority countries. Some are quick to seek the causes of this deplorable act in religion, when in fact Islam stands clearly against it. Therefore, it is important to expose the faulty logic behind such accusations and openly discuss violence against women and honour killings in the context of Islam as well as in the context of perceived social norms of honour.

Understanding the 'honour code'
It is important first to consider the concept of honour itself. Renowned philosopher Kwame Anthony Appiah'sanalysis of honour and his idea of moral revolutions can be particularly useful in this case. His book The Honour Code explores the processes that ended three abominable practices related to honour: duelling in Britain, foot-binding in China and slavery in the British Empire. According to Appiah, what ended these practices "wasn't the moral arguments ..., it was the willingness to live by them."

Islam and reshaping honour
After drawing lessons from history, reshaping honour is what Appiah suggests as a way to successfully move forward in the ongoing battle against honour killings.
In other words, those willing to eradicate honour killings should pursue a strategy of collective shaming: to shed light on how such cases are bad publicity for the country, and demand the government'saccountability for keeping Pakistan "a ship permanently poised on the verge of failure".

Religion is also a key factor in campaigning against honour killings. For example, Islam plays a very important role in Pakistan, including it in its constitution. Therefore it is encouraging to hear a fatwa by the Pakistan Ulema Council, declaring "Killing one's daughter and humiliating them is a sign of ignorance."(However, as one critic put it, clerics need to be more vocal and consistent in opposing every form of bigotry.)

In the battle for shifting perceptions of honour in those Muslim communities where it causes bloodshed, it is of fundamental importance to demonstrate the fact that Islam in no way condones honour killing.

For example, there are two verses in the Quran - An-Nur and Maryam, which were revealed to defend the honour of Prophet Muhammad's wife, Ayesha and Prophet Isa's mother, Maryam respectively. In fact, Islamic laws regarding sexual morality teach us that God protects woman's honour, and that the Quran holds both men and women equally responsible for adultery. It is clear that the idea of violence against women to protect honour is in no way justice prescribed by the Quran, but instead stems from socially constructed notions of patriarchy. Therefore, Islam can help us against honour killing as a religion that protects women from violence and condemns those who hurt them.
Appiah rightly points out that Islam is "an ally" in the fight against "honour killings", and offers us a proposal to consider: Shaming communities where this practice occurs for disgracing Muslim ideals instead. Given the Western media hysteria surrounding cases like Farzana's, it is not difficult to see how the actions of a few Muslims stain the perception of Islam by non-Muslims.

In this regard, it is important to distinguish between an act that is "Islamic" and an act perpetrated by a Muslim. As Myriam Francois-Cerrah points out in her article on Islamophobia: "Although Pakistan is a Muslim majority ‎country, to assume Islam is the central motivating factor in the behaviour ‎of all Pakistanis, is a form of cultural racism."
Source
Posted by Zafar Khan at 09:00