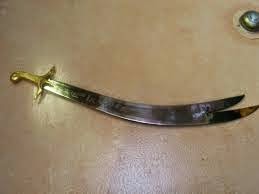 Hazrat Ali moved to Kufah after bringing matters under control and settling affairs in Basra. In Kufah, the support, allegiance and enthusiasm provided a reason and a rational for Hazrat Ali to shift the capital of the Muslims state from Madina to Kufah. This further added to the disruption of administration because it indicated a break with the past and a cut off with the administrative process that was already in place and functioning effectively in Madina.

In the best interest of the unity and integrity of the Islamic state, Hazrat Ali made an attempt to convince Hazrat Muawiyah and advised him to take the oath of allegiance. In reply Hazrat Muawiyah led his forces from Syria to Iraq. The civil war between Hazrat Ali and Hazrat Muawiyah resulted in considerable loss of life. In the beginning Hazrat Ali offered to fight a personal dual with Hazrat Muawiyah to settle the issue which the later declined. In the battle field when the forces of Hazrat Muawiyah were on the verge of defeat, the men from his force tied leaves from the Quran on the lances and appealed for the decision by the 'Book of Allah'. Seeing this, Hazrat Ali's forces laid down their arms and decided to end hostilities, finally a truce was declared. Negotiations commenced after the truce to settle the matters through arbitration that proved to be a challenge to the legitimacy of the caliphate of Hazrat Ali. The arbitration proceedings became more politicized and the end of conflict was not in sight. The question of caliphate between Hazrat Ali and Hazrat Muawiyah remained unresolved that produced another layer of disruption in Hazrat Ali's administration.

Then a group of fanatical men who came to be known as Kawarijis - the seceders, who had originally supported Hazrat Ali, began a cessation movement. The Kawarijis agreed to join Hazrat Ali and later refused to join him when he decided to go to war against Syrians and Hazrat Muawiyah. Hazrat Ali's frantic efforts failed to convince the Kawarijis, instead they turned on other Muslims and let loose a reign of terror at a site near Baghdad and accused both Hazrat Ali and Hazrat Muawiyah for betraying the Cause of Allah and declared their intention to start a new state. Hazrat Ali directed a campaign against the Kawarijis and defeated them in a battle.

After defeating the Kawarijis the forces of Hazrat Ali, instead of marching to Syria, returned to Kufah to take rest before moving on and facing the forces of Hazrat Muawiyah. Later Hazrat Ali's forces refused to proceed to Syria even after many attempts by Hazrat Ali who urged them to participate in the battle against the Syrians. Finally, he had to abandon the idea of leading the expedition to Syria. From the standpoint of one scholar, "Hazrat Ali came to be overwhelmed with troubles from all quarters, and the painful aspect of the tragedy was that such troubles came from friends."

The people of Basra revolted against the caliph but it was successfully suppressed, however, the campaign against the authority of Hazrat Ali by the forces of Hazrat Muawiyah in Madina, Makkah and Yamen resulted in people of these regions taking the oath of allegiance to Hazrat Muawiyah for a temporary period of time. The forces of Caliph Hazrat Ali took military action and recovered Hijaz and Yamen.

The extremism and fanatical approach by the Kawarijis, to the state of affairs in the Islamic state, took a new twist ending in a conspiracy to kill Hazrat Ali, Hazrat Muawiyah and Hazrat Amr bin Aas. To achieve their aim the Kawarijis sent three assassins to kill them at an appointed time. In the attack Hazrat Muawiyah was wounded; Hazrat Amr bin Aas escaped injury and his deputy was killed; and Hazrat Ali was fatally wounded and passed away.

Hazrat Ali began his governance strategy during the caliphate of Hazrat Abu Bakr. His knowledge that provided him insight, and acquired under the guardianship and training of Prophet Muhammad, helped him handle situation in a very simplistic manner to dispense justice. He would assist the weak in time of distress in the spirit of charity and humanitarian by upholding the Islamic values, by using his endowed daring and sound judgement and by using his insight. Hazrat Ali has been called as the greatest jurist of early Islamic period who was always on the side of simplicity, piety and tender heartiness, distributing the public money from the Baitul Maal among the needy and poor at all times.

Some of the actions taken by Hazrat Ali gradually slowed down the activities of his administration; impeded swift effective actions; entangled him in revolt at many fronts including Basra, Syria, Egypt and other places; addede to disruptions to his administration when decided to make Kufah as the capital; and decided to go to war to fight against those who had revolted. On top of this Hazrat Ali agreed to the terms of the truce and arbitration concerning the governorship of Syria. This implied a challenge to the legitimacy of has caliphate. Then, there was this new threat and danger coming in from the Kawarijis, even betrayal on the part of his supporters including a section of his forces.

Hazrat Ali's bravery earned him the title of Asadullah - the lion of God. He was a great orator and had possessed the ability to persuade with stirring dialogue and speech. These traits and attributes, it seems, compelled him to launch wars against the deposed governors in various regions, contributing to the process of conquest coming to a halt, involved him in many battles that turned out to be a civil war among Muslims. Hazrat Ali's eloquence, bravery and honesty was brought face to face against the grave and severe realities of political maneuvering. These unscrupulous tactics and activities were used, and the game of deceit was played by some of those who opposed him.

In spite of all this Hazrat Ali established a state archive for the safe custody and preservation of the records of the Caliphate, created the office of Hajib- chamberlain, reorganized the police and streamlined their duties, established army headquarters on the Syrian border, strengthened the frontiers of the Muslim state and constructed unconquerable fortifications on the Persian border.

The glorious Caliphate period of the Righteous Caliphs - Khulafah e Rashideen - came to an end with the passing of Hazrat Ali, the brave, pious and eloquent orator.
*****
Mohammad Yacoob a retired Industrial Engineer and Engineering Proposals Analyst, lives in Los Angeles, California.,USA
SOURCE
Posted by Zafar Khan at 09:00