Jesus Through a Muslim Lens 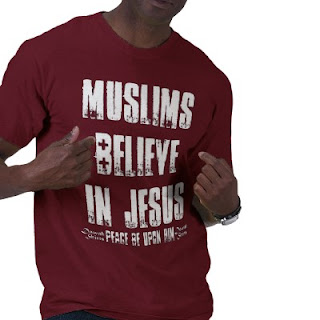 Jesus of Nazareth is the most widely revered religious figure in the world. Not only is he central to Christianity, the largest religion in the world, he is also venerated throughout Islam, the world's second largest faith.

Christians may be surprised to learn that Muslims believe in the Virgin Birth and Jesus' miracles. But this shared interest in his message goes much further.

In our scientific age, the miraculous side of Jesus' story has greatly obscured his role in the prophetic tradition. In this sense, there may be more important questions for Muslims and Christians than whether he walked on water or raised the dead.

In the Muslim view, Jesus' essential work was not to replicate magic bread or to test our credulity, but to complement the legalism of the Torah with a leavening compassion rarely expressed in the older testament. His actions and words introduce something new to monotheism: They develop the merciful spirit of God's nature. Jesus confirmed the Torah, stressing the continuity of his lineage, but he also developed the importance of compassion and self-purification as crucial links between learning the words of God's message and possessing the wisdom to carry it out.

Oddly enough, some of the recent work by New Testament scholars seems to have reached a view of Christ not all that different from Muslims'. For us and for these scholars, Jesus appears not as a literal son of God in human form, but as an inspired human being, a teacher of wisdom with a talent for love drawn from an unbroken relationship to God. Both versions present him as a man who spoke to common people in universal terms.

Two events in the life of the prophet Muhammad may help explain why Muslims revere the Christian Jesus.

The first event involves an elder resident of Mecca named Waraqa bin Nawfal. This man was an early Arab Christian and an uncle of Muhammad's wife, Khadija. We know he could read Hebrew, that he was mystical by nature, and that he attended Khadija and Muhammad's wedding in about 595 C.E. Fifteen years later, a worried Khadija sought Waraqa out and brought her husband to him.

At the time, Muhammad was a 40-year-old respected family man. He attended this "family therapy" session in a rare state of agitation. He was frightened. He had been meditating one evening in a cave on the outskirts of town. There, while half asleep, he had experienced something so disturbing that he feared he was possessed. A voice had spoken to him.

Waraqa listened to his story, which Muslims will recognize as a description of Muhammad's first encounter with the angel Gabriel. When it was finished, Waraqa assured him he was not possessed. "What you have heard is the voice of the same spiritual messenger God sent to Moses. I wish I could be a young man when you become a prophet! I would like to be alive when your own people expel you." "Will they expel me?" Muhammad asked. "Yes," the old man said. "No one has ever brought his people the news you bring without meeting hostility. If I live to see the day, I will support you." Christians will recognize in Waraqa's remarks an aphorism associated with Jesus: "A prophet is not without honor, save in his own country." But that a Christian should first have verified Muhammad's role as a prophet may come as a surprise. The second important event concerning Islam and Christianity dates from 616, a few years after Muhammad began to preach publicly. This first attempt to reinstate the Abrahamic tradition in Mecca met (as Waraqa had warned) with violent opposition. Perhaps the Meccans resented Muhammad's special claim. Perhaps his message of a single, invisible, ever-present God threatened the economy of their city. A month's ride south from the centers of power in Syria and Persia, poor remote Mecca depended on long-distance trade and on seasonal pilgrims who came there each year to honor hundreds of pagan idols, paying a tax to do so. At any rate, Muhammad's disruptive suggestion that "God was One" and could be found anywhere did not sit well with the businessmen of Mecca. Many new Muslims were being tortured. Their livelihoods were threatened, their families persecuted. As matters grew worse, in 616 Muhammad sent a small band of followers across the Red Sea to seek shelter in the Christian kingdom of Axum. There, he told them, they would find a just ruler, the Negus, who could protect them. The Muslims found the Negus in his palace, somewhere in the borderland between modern Ethiopia and Eritrea. And protect them he did, after one Muslim recited to him some lines on the Virgin Mary from the Qur'an. The Negus wept at what he heard. Between Christians and Muslims, he said, he could not make out more difference than the thickness of a twig.

These two stories underscore the support Christians gave Muhammad in times of trial. The Qur'an distils the meaning from the drama:
Those who feel the most affection
For us (who put our faith in the Qur'an),
Are those that say, "We are Christians,"
For priests and monks live among them
Who are not arrogant. When they listen
To what We have shown Muhammad,
Their eyes brim over with tears
At the truth they find there....
Even today, when a Muslim mentions Jesus' name, you will hear it followed by the phrase "peace and blessings be upon him," because Muslims still revere him as a prophet.
We believe in God
And in what has been sent down to us,
What has been revealed to Abraham and Ishmael
And Isaac and Jacob and their offspring,
And what was given to Moses and to Jesus
And all the other prophets of the Lord.
We make no distinction among them.

As these lines from the Qur'an make clear, Muslims regard Jesus as one of the world's great teachers. He and his mentor John the Baptist stand in a lineage stretching back to the founder of ethical monotheism. Moreover, among Muslims, Jesus is a special type of prophet, a messenger empowered to communicate divinity not only in words but by miracles as well.

Muslims, it must be said, part company with some Christians over the portrait of Jesus developed in the fourth and fifth centuries. Certain fictions, Muslims think, were added then. Three of these come in for special mention: First, Muslims consider monastic asceticism a latter-day innovation, not an original part of Jesus' way. Second, the New Testament suffers from deletions and embellishments added after Jesus' death by men who did not know him. Third, the description of Jesus as God's son is considered by Muslims a later, blasphemous suggestion. Muslims venerate Jesus as a divinely inspired human but never, ever as "the son of God." In the same vein, we treat the concept of the Trinity as a late footnote to Jesus' teachings, an unnecessary "mystery" introduced by the North African theologian Tertullian two centuries after Jesus' death. Nor do Muslims view his death as an act of atonement for mankind's sins. Rather, along with the early Christian theologian Pelagius, Islam rejects the doctrine of original sin, a notion argued into church doctrine by St. Augustine around the year 400.

It might almost be said that Islam holds a view of Jesus similar to some of the early apostolic versions condemned by the fourth-century Byzantine Church. Once Constantine installed Christianity as the Roman Empire's state religion, a rage for orthodoxy followed. The Councils of Nicaea (325), Tyre (335), Constantinople (381), Ephesus (431), and Chalcedon (451) were official, often brutal attempts to stamp out heterodox views of Jesus held by "heretical" theologians. Rulings by these councils led to the persecution and deaths of tens of thousands of early Christians at the hands of more "orthodox" Christians who condemned them. Most disputes centered on divergent interpretations of the Trinity. For this reason, historians of religion sometimes see in these bloody divisions one of the root causes for early Islam's firmly unitarian outlook. Then and now, no more dangerous religious mistake exists for a Muslim than dividing the Oneness of God by twos or threes. Despite these important differences, however, the Qur'an repeatedly counsels Muslims not to dispute with other monotheists over matters of doctrine. People, it says, believe differently for good reasons. In fact, that is a part of Allah's will.