Christmas a time for bridge building 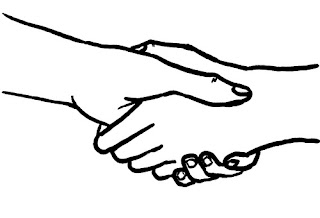 Treating Christmas with Respect
Christmas is an annual Christian religious holiday commemorating the birth of Prophet Jesus, peace be upon him. For many Muslims who do not even celebrate the birthday of the Prophet Muhammad, peace be upon him, it becomes an issue of what stand they should take.

There have been a number of legitimate criticisms of the holiday from Muslims and non-Muslims based on theological and cultural considerations. However, this cannot be used to disregard the holiday as merely an exercise in ancient pagan practices, for instance, or excessive consumerism. Muslims have to remember that for practicing Christians, Christmas really is about Jesus

, was so accommodating of Christians that according to the two earliest Islamic historians, Ibn e Saad and Ibn Hisham, the Prophet even allowed a delegation of 60 Byzantine Christians from Najran in Yemen to worship in his own mosque in Madinah. Lead by their bishop (Usquf), they had come to discuss a number of issues with him. When time of their prayer came, they asked the Prophet's permission to perform this in the mosque. He answered, "conduct your service here in the mosque. It is a place consecrated to God."

God expects us to stay away from mocking the religious beliefs of others, no matter how much we disagree with them. He says in the Quran: "And insult not those whom they (disbelievers) worship besides God, lest they insult God wrongfully without knowledge. Thus We have made fair-seeming to each people its own doings; then to their Lord is their return and He shall then inform them of all that they used to do" (Quran, 6:108).

We also have to remember that even if for many nominal Christians, the celebration is not really about participating in religious traditions, Christmas is a time for families to get together. In a number of cases it is the only time of year families get together, either because family members are scattered in different parts of the country or the world, because of communication and relationship problems, or because in America today, the family unit is becoming weaker and weaker.

Christmas is a great time to relate to our neighbors. We should not forget though, that "relating" does not mean "preaching". Dawa cannot be made in a rude manner. Allah says in the Quran: "Invite (all) to the Way of your Lord with wisdom and beautiful advice, and reason with them by ways that are the best and most gracious: because your Lord knows best, (those) who have strayed from His Path, and those who receive guidance " (Quran, 16:125).

In particular, when dealing with Jews and Christians, Allah says: "Do not argue with the People of the Book unless it is in the politest manner, except for those of them who do wrong. Say: 'We believe in what has been sent down to us and what has been sent down to you. Our God and your God is [the same] One, and we are Muslims before Him'" (Quran, 29:46).This may not be an occasion to emphasis the differences as much as the commonality of our beliefs, unless someone is really asking you about them.A starting point for a discussion about Christmas could be the Islamic belief in all Books revealed by Allah and all Prophets sent by Him. In this discussion, special emphasis could be made on Prophet Jesus

. Non-Muslims are often surprised to discover that Muslims also believe in this noble Prophet and his great mother Mary (peace be upon her).Remember that respect does not mean compromise. This article is not asking you to compromise anything. You have freedom of religion given by God to believe in what you believe in. But in a world where conflict is increasing, a Muslim should be a bridge- builder and a peacemaker. It was due to the Muslim practice of Islamic ideals of respect and tolerance that the key of the holiest Christian Shrine in Jerusalem, the church of the Holy Sepulcher, remains entrusted with a Muslim family, as it has been for over 1400 years. These are the lessons which need to be learned by those extremists who attack Christians during their worship in Nigeria and those extremists who burn Masjids in the USA.
Source
Posted by Zafar Khan at 09:00