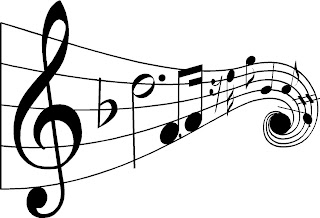 This is a great question.
Ever since I put up that Maher Zain poster a few days ago, my question inbox has been hit hard with people trying to start a discussion about how music is impermissible. This is the first problem with the issue; that people are so quick to throw labels around and bang the gavel.
We have to understand something very important, before we even begin to discuss music: tossing the label of haram around is something that has serious spiritual ramifications. Allah [swt] addresses this issue in Surat At Tahreem 66:1 “Oh Prophet, why do you prohibit what Allah has made lawful for you?” Prohibiting something that is permissible is a serious sin, and should be avoided. Also, allowing something that is a clear sin is also a major sin, and should definitely be avoided. It’s best to leave the legal conclusions up to qualified scholarship, not Google.

Now that we’ve covered that, music is a very encompassing discussion - kind of like food. Generally, food is halal, but there are certain kinds of food (and drink) that are impermissible. Meat that is haram, pork, alcohol, etc. Music carries a similar analogy, in the sense that it is generally permissible, but there are lots of artists and songs that are definitely impermissible. The issue with the “music is halal” rulings is that people take it and run away quickly, loading up their iPhones with songs instructing people how to get low to the floor, how to work it, shake it, asking whether or not you like it, and something to do with birthday cake. The legal rulings discussing the permissibility of music will not cover for those kinds of artists/albums/songs.
In general, wholesome music that is thought-provoking, reminds you of goodness, Divine presence, the wonder of humanity, etc. it’s what is covered in the legal rulings discussing the permissibility of music. If you’re going to listen to music, listen to music which influences you toward goodness.

Now, the response that people will send me is a hadith that is quoted like this:

the Prophet (peace and blessings be upon him) said, ‘From among my followers there will be some people who will consider illegal sexual intercourse, the wearing of silk (clothes), the drinking of alcoholic drinks and the use of musical instruments, as lawful.’

Shaykh Yusuf Qaradawi addresses using this hadith as a proof:

Although this hadith is in Sahih Al-Bukhari, its chain of transmission is not connected to Prophet Muhammad (peace and blessings be upon him) and this invalidates its authenticity. Ibn Hazm rejects it for that very reason. Moreover, the sub-narrator, Hisham Ibn `Ammar is declared ‘weak’ by many scholars of the Science of Hadith Methodology.

Besides, this hadith does not clearly prohibit the use of musical instruments, for the phrase ‘consider as lawful,’ according to Ibn Al-`Arabi, has two distinct meanings:

First : Such people think all these (the things mentioned) are lawful.

Second : They exceed the proper limits that should be observed in using these instruments. If the first meaning is intended, such people would be thus disbelievers.

I’ve heard the argument that “Quran should be your music,” and I find this thought process extremely problematic. Yes, there is absolutely nothing better to listen to than the Quran. Nothing. But re-read that statement carefully. Quran is meant to be listened to, not just heard. Quran shouldn’t become background music, something that is there just to fill the empty silence of a room. If you’re going to listen to Quran, then we need to listen to it and reflect on what is being said. It can’t be just left on like a TV while doing chores.

So. Is music halal? The studies and discussions that I’ve done and had with my teachers convinces me of the opinion that yes - certain kinds of music are halal - but the answer to that question is research and a decision you’ll have to make (along with guidance from scholars you trust). Along with teaching people that certain types of music are halal, we must also teach self-accountability and responsibility in choosing music that is healthy for the soul, and not music that influences or warps the heart into a hyperemotional, sexualized, depressed lump of flesh. Rather, listen to things that spark remembrance of Allah, of His creation, His graces, and all things that lead back to Him.

Also, if you feel that music is halal (after researching the issue), then don’t make those who abstain from it completely feel like they’re losers or lame. That’s their personal level oftaqwa, and they’re abstaining from it for reasons that are known to them, reasons that help them get closer to Allah. Ask yourself, though, “what songs are on my playlists?” and “what do these songs do to my emotions, my worldview, my mind?”

The Prophet, peace be upon him, said: “Consult your heart. Righteousness is that about which the soul feels tranquil and the heart feels tranquil, and wrongdoing is that which wavers in the soul and causes disturbance in the breast even though people again and again have given you their legal opinion.”

If you choose not to listen to music, to abstain from it, don’t cause an issue with people who are accepting of the legal rulings permitting certain types of wholesome music, including instruments.
Live and let live.
And Allah knows best.
arm
Source
Posted by Zafar Khan at 09:00