Life and Beyond according to the Quran 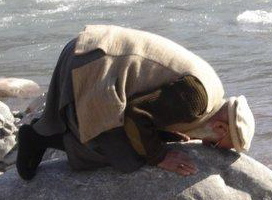 In the Quran life in this world is an inseparable part of a continuum, a unified whole - life, death, life - which gives our life a context and relevance. In this context, the life of the individual is made meaningful and enriched inasmuch as it is full of 'good works'. Life in this world leads to the afterlife, a belief which is fundamental in the Quran. The afterlife is not treated in the Quran in a separate chapter, or as something on its own, for its own sake, but always in relation to life in this world.

Linguistically it is not possible in the Quran to talk about this life without semantic reference to the next since every term used for each is comparative with the other. Thus: al'ula and al-akhira (the First and the Last life), al-dunya and al-akhira (the nearer and the further/latter life). Neither has a name specific to itself, or independent of the other. Consequently, the frequency of the terms in the Quran is the same, in the case of dunya and akhira- each appears 115 times.

There is a reference, direct or indirect, to one aspect or another of the afterlife on almost every single page of the Quran. This follows from the fact that belief in the afterlife is an article of faith which has a bearing on every aspect of the present life and manifests itself in the discussion of the creed, the rituals, the ethics and the laws of Islam. In discussing the afterlife, moreover, the Quran addresses both believers and non-believers. The plan of two worlds and the relationship between them has been, from the beginning, part of the divine scheme of things:

It is We who give life and make to die and to Us is the homecoming. Quran 50:43

He created death and life that He might try you according to which of you is best in works. Quran 67:2According to the Quran, belief in the afterlife, which is an issue fundamental to the mission of Muhammad, was also central to the mission of all prophets before him.Belief in the afterlife is often referred to in conjunction with belief in God, as in the expression: 'If you believe in God and the Last Day'. Believers are frequently reminded in the Quran, 'Be mindful of God and know that you shall meet Him' (Quran 2:233)(used in this instance to urge fitting treatment of one's wife in intimate situations). 'To Him is the homecoming/ the return' (Quran 36:83; 40:3 and passim). As a belief in the afterlife is so fundamental to Islam, it is only right that Muslims should regularly be reminded of it not only throughout the pages of the Quran but also in their daily life. Practicing Muslims in their five daily prayers repeat their praise of God at least seventeen times a day, 'The Master of the Day of Judgment' (Quran 1:4) . Being inattentive to the afterlife (Quran 30:7) or to the prospect of coming to judgment (Quran 32:14) are signs of the unbeliever.All this heightens the believer's sense of responsibility for actions in this life. In fact the principles and details of religion are meant to be seen within the framework of the interdependence of this life and the afterlife and to color the Muslims' conception of life and the universe and have a bearing on their actions in this life.
source
Posted by Zafar Khan at 09:00